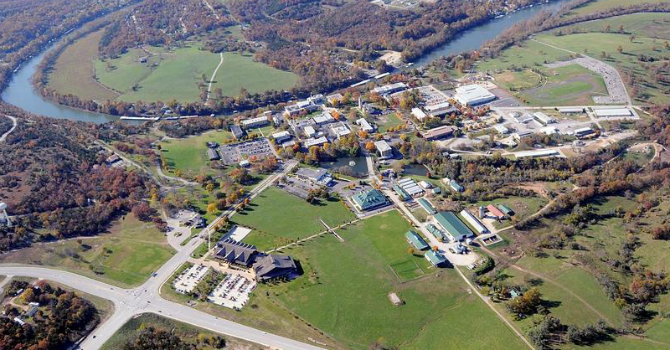 Everyone is making a big deal about a Christian college offering this course.  Here is a taste of the Chronicle of Higher Education‘s piece:

The small Christian institution in rural Missouri made headlines last month for refusing to play sports against any team whose members kneel during the performance of the national anthem. Now it’s getting attention for requiring all of its freshmen to take a new course, “Patriotic Education and Fitness.”

“The college attracts a lot of publicity because it’s so very different,” said Jerry C. Davis, who is in his 30th year as president of the 1,500-student college. “And I think it has lately because it’s willing to make a public statement about what it represents and what it thinks is best for the culture and the country.”

In requiring the new course, the college is signaling that patriotism is largely synonymous with the military, to judge from its materials. The required course debuted last year as a retooled version of previous courses in physical education and patriotism — this time, with a more-intentional emphasis on the military.

“We’ve always had some aspect of the military. Usually we try to cover rank structure and how the military is kind of organized,” said the college’s director of patriotic activities, Bryan Cizek. “We’re just getting a lot more intentional with the military curriculum.”

Students in the course will “learn map reading, land navigation, rifle marksmanship, rope systems and knots, and rappelling,” a news release says. They will also study the formation of American government and politics, military customs, task organization and courtesies, and flag protocol and procedures.

Is this course any different than ROTC?  Wheaton College, the flagship liberal arts college of American evangelicalism, has had ROTC for years.  So does evangelical Houghton College. So does the University of Notre Dame.  Jesuit schools like Loyola (MD), Marquette, Santa Clara, Xavier, Scranton, and Boston College have it.

Or perhaps the program at the College of the Ozarks is something different.  Whatever the case, the refusal to play sports against teams that kneel seems odd.