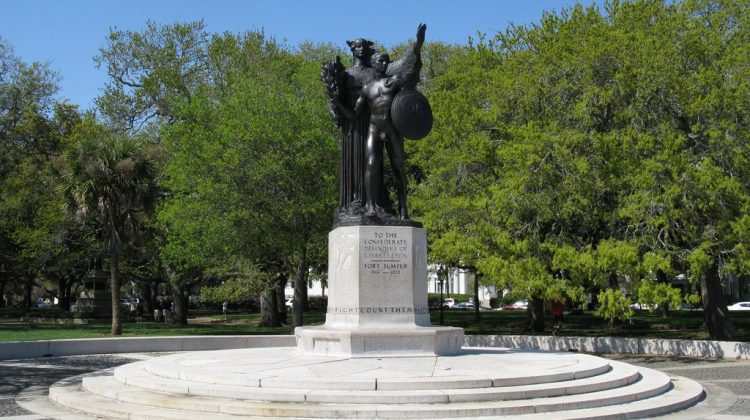 Ashleigh Lawrence-Sanders, a Ph.D candidate in the History department at Rutgers University, tackles this question in a piece at Black Perspectives titled “Beyond Monuments: African Americans Contesting Civil War Memory.”

African Americans worked from the end of the war to this current moment to consistently affirm and interpret the Civil War’s meaning for them.  Due to its power and influence, confronting the Lost Cause is a large part of this collective memory.  The Lost Cause movement includes the historical memories, myths, commemorative events, and invented traditions of many white Southerners that first took shape after the end of the Civil War. The Lost Cause was as much about upholding white supremacy as it was about commemorating the white Southern Civil War experience.  It is not incidental, for example, that the Keystone, a publication for Southern white clubwomen and members of the United Daughters of the Confederacy (UDC) published stories of Confederate heroism alongside dedications to “faithful slaves” and praise for books like Thomas Dixon’s The Clansman.  White Civil War memory has long dominated conversations about how the war is remembered, even now when it involves anti-racist activism.  The idea that “both sides” should be celebrated and honored was largely an invention of white Southerners and Northerners in order to reunite the nation.  African American Civil War memory was sidelined in its service.  As a result, we know considerably less about the long tradition of Black anti-Lost Cause resistance that culminated with Bree Newsome snatching the Confederate flag down from the Statehouse grounds of South Carolina in 2015 and Takiyah Thompson toppling a Confederate monument in Durham, North Carolina on August 14 of this year.

On March 27, 1865 African Americans flooded the streets of Charleston, South Carolina to celebrate the coming end of the Civil War.  The result was a grand spectacle, with dozens of Black men marching while tied to a rope to symbolize those bound in chains while being sold down South. A hearse followed with the sign “Slavery is Dead. Who Owns Him? No one.  Sumter Dug His Grave on 13th April, 1861.” Behind the hearse, fifty Black women marched dressed in mourning clothes, but were laughing and happy. “John Brown’s Body” was a popular song among Black and white Union troops and was commonly sung in the various military parades across the South as Union troops marched in victory.  The school children marching in this parade focused on singing one verse in particular loudly: “We’ll hang Jeff Davis on a sour apple tree . . . As we Go Marching On.”