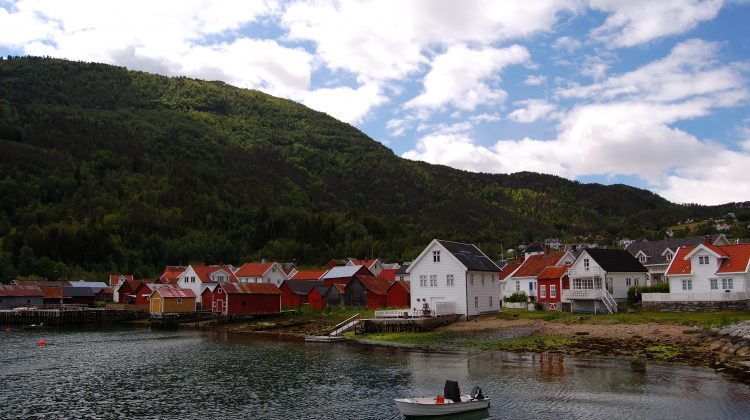 Brianne Jaquette is on a traveling Fulbright scholarship in Norway in which she visits upper secondary schools and gives workshops on American culture and history. What a gig!

One of her workshops, which she writes about at the Pedagogy & American Literary Studies blog, is on fake news.  Here is a taste:

It is not a huge surprise that fake news is a popular workshop. It is a big topic of interest not only in the U.S. right now but also across the world. I have found that Norwegian students are good at reading the news i.e. not just absorbing it but applying their critical thinking skills to what they are reading. However, many students I have talked to also get their information from social media, particularly Youtube commentators. While they have good answers about how to spot fake news on the internet–check your sources, find supporting information, etc.–the fact that they get so much information from Youtube makes me think that this lesson is worthwhile for them.

I usually start by asking for their examples of fake news. Many students will have an example in mind, and this can be a nice ice breaker. Often students think of funny examples, which get the room laughing. If they can’t think of any I usually throw out one that is reoccurring, like so and so celebrity is dead, or give them an example from the U.S. election last year, such as the Pope endorsed Donald Trump.

We discuss how fake news is stories that are posted to deliberately mislead the audience. I point out to them though that this is often done on purpose it is also important to consider that some posters and authors, for that matter, post things that are fake because they are unaware of the truth themselves. That is, while some people are trying to spread misinformation, other are just confused about the truth. I, then, mention the fact that there are fake news sites that generate fake news on purpose to parody or satirize the news. I use The Onion as an example (just in case you are wondering Norwegian students have no idea what The Onion is) and then ask them for their own examples.

Read the rest here.  High school teachers should definitely check out her resource links at the end of the post.