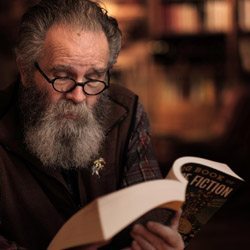 I recently learned that thebestschools.org pulled the plug on John Wilson’s latest project Education & Culture: A Critical Review.  (See our May 2107 post celebrating the launch of this new venture by the former Books & Culture editor).

I am obviously disappointed by this, but I am even more upset that the evangelical community could not step up to fund Books & Culture before it was forced to shut down operations last year.  What does this say about the state of the “evangelical mind?”  (If you were at the “State of the Evangelical Mind” conference in Indianapolis last month you heard me say this publicly during the Q&A session following my presentation).

“There is no real ending. It’s just the place where you stop the story.”–Frank Herbert

Beginning. Middle. Ending. In a good book, all three rush by and you turn that final page satisfied, disappointed, or wanting more.

Today marks the end of Education & Culture. The beginning was unexpected, the middle rushed by, and now with the final page reached unexpectedly, the hope is that you turn it wanting more.

More will need to come from elsewhere, though, and where that familiar landscape may be . . . well, we as yet do not know. Many talented people contributed to Books & Culture, many of them journeyed here to Education & Culture, and surely some will be present at the future not yet. At least that is the hope. And as the master of sandworms notes above, endings cannot endure the life of an epic story, so hope abides.

Thank you. Find more of the narrative thread unspooling at Twitter through @JWilson1812 and @Ed_Cult.