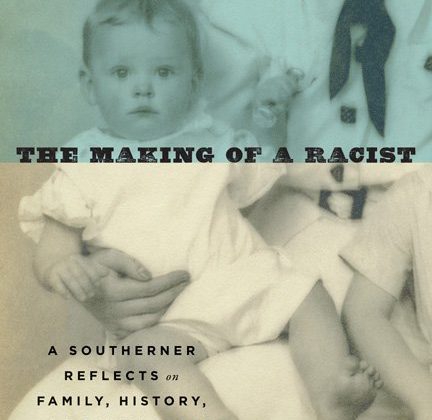 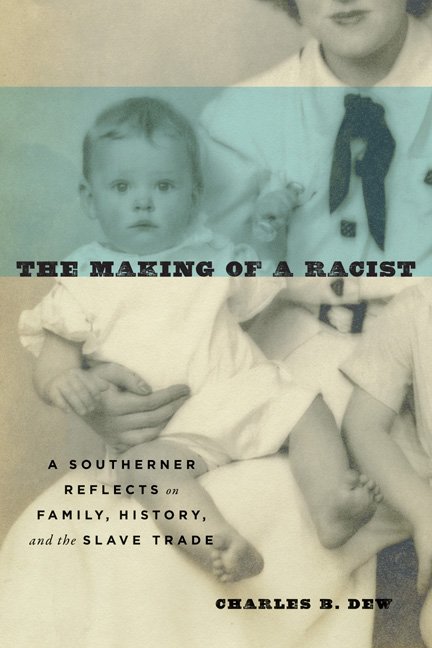 Over at History News Network, Robin Lindley interviews noted Civil War historian Charles Dew.  (On a personal note, I am using Dew’s Apostle of Disunion in my Civil War America course this semester).

The interview centers on Dew’s 2016 book The Making of a Racist: A Southerner Reflects on Family, History, and the Slave Trade.

Here is a taste of Lindley’s introduction to the interview:

Professor Dew illustrates how he and generations of white southerners were poisoned by racism as if by osmosis, a word he uses advisedly to describe his own experience growing up with demeaning images of African Americans and rules that penalized and dehumanized them at every turn. He explores the vexing issue of how otherwise seemingly admirable people, including members of his own family, could embrace the odious tenets of white supremacy and the oppression of others.

But Professor Dew also describes his evolution from a “young Confederate” to an outspoken critic of racism, thanks in large part to his education at Williams College, and particularly his study of history. He details how he became a scholar of the South and its deeply conflicted past, and how that study revealed the noxious, insidious influence of white supremacist ideas that has poisoned whites there since the dawn of slavery.

Robin Lindley: I was surprised that your father, with his Jim Crow ideas, encouraged you to go to college at Williams in the far North.

Professor Charles Dew: Looking back on it, it does seem strange, but on the other hand I think he thought, as I say in the book, that the armor in which we were clad as Southerners was impenetrable and we could come to a New England college and, as he would say, we’d learn to speak well and write well and get a good liberal arts education. Then we would come back south with our cultural norms intact. It didn’t work that way. I think he anticipated that what he called “our Southern roots” were so firmly implanted that they weren’t going to be uprooted by four years of college in New England.

Robin Lindley: But your racist beliefs were uprooted, and your evolution—the unmaking of your racism–is a marvelous part of your story. What were a couple of incidents or moments that were particularly eye opening for you?

Professor Charles Dew: The experience of having an African American classmate and having someone I went to the dining halls with. We were in the same freshman vertical entry in the dormitory. You did a lot of things together with the kids in your entry. There were two senior advisors who lived in the entry with us and they planned activities for us together.

I was reacting as a social equal for the first time in my life with a person of color. I mention telling that dialect joke as my classmate walked down the stairs outside the dorm room in which I was telling this. I was so humiliated; I stopped and never told another joke like that in my life. I made a point of introducing myself to him a day or two later. I had to find out if he heard me. I was so upset. As I said, my mother had taught us not to humiliate anybody, and never to humiliate ourselves, and I thought I had done both. He didn’t let on that he had heard. We shook hands. That was the first time I’d shaken hands across the color line. I was 17 years old.

That was a profound experience for me. I started seeing things I hadn’t noticed before about Jim Crow customs in the South. I mention the curtain being pulled across the dining car on the train as it was going south. I had never noticed that before.

Just being in an educational institution in the North where I had classmates who were African American was life altering. I didn’t come out of that culture all that fast. It was a step or two forward, a step or two back. I still am puzzled by how blind I was to a lot.

I evolved with some tardiness, but I did evolve, and by my senior year, I was fully out from under. And that’s where those conversations with Illinois were so important. That’s the final thing that led me to break free from the racism that I had been raised under.

Robin Lindley: How did you come to study history and then to specialize in the history of the South and slavery?

Professor Charles Dew: I was fascinated by the South. Most boys who grew up in the South dream of Civil War battles, but I had some great teachers at Williams—historians who got me hooked on history, first as a major and then as something to study to understand Southern history.

I was fascinated by the region and I also began to ask questions about the South that I had never asked before. How did we come to embrace slavery? What caused the Civil War? How did the Jim Crow South evolve in the period after Reconstruction? I read a lot of C. Vann Woodward as an undergraduate and that made me want to go to Johns Hopkins and study with him, which I did.

So I think it was being fascinated with the South and its culture and history and absorbing that Confederate mythology and having that pretty well smashed to bits when I was studying it in college. So, instead of going to law school like everyone else in the family, I decided I wanted to go to grad school. It was a question of my growing up there and being fascinated by the South and then being educated about it in college in ways that were brand new to me. And just wanting to understand the region, which I still find fascinating and still find challenging.