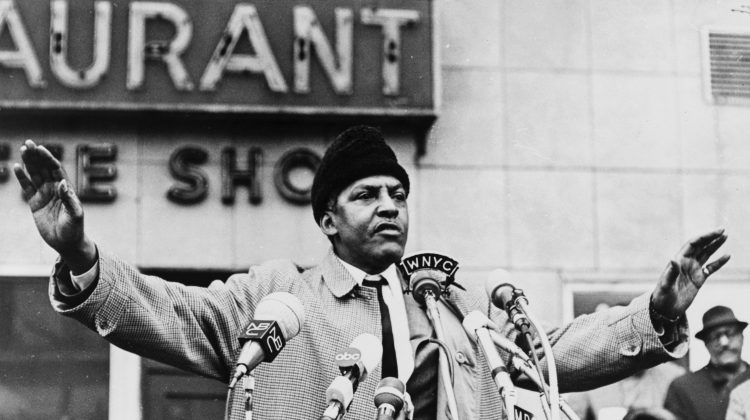 Guy Aiken, a newly minted Ph.D. in Religious Studies from the University of Virginia, has an excellent post at Religion in American History on the history of the phrase “speak truth to power.”  It traces its origins to mid-20th-century Quakerism.

Speak truth to power.” Everyone knows the phrase—John Fea recently used it at the end of his article in the Washington Post on Trump and white evangelicals—but almost nobody knows where it comes from: the title of a 1955 pamphlet on international relations issued by the American Friends Service Committee (AFSC), a Quaker organization headquartered in Philadelphia. Those who do know this immediate provenance of the phrase often assume that it originates ultimately with an eighteenth-century Quaker, or even with the founder of Quakerism himself, the British shoemaker’s apprentice George Fox. Not so.

The first person to use the phrase, it seems, was the African-American Quaker civil rights activist Bayard Rustin, who wrote in 1942 that the role of a religious group was to “speak truth to power.” Rustin himself attributed the phrase to a speech he had heard by Patrick Malin, a professor of economics at Swarthmore College who was to head the ACLU from 1950 to 1962—but it appears that Malin never used the exact phrase. A little over a decade later, Rustin helped write the pamphlet Speak Truth to Power. Rustin and his co-authors expunged Rustin’s name from the pamphlet because of his arrest on charges of committing a homosexual act in 1953. Another co-author claimed the phrase occurred to him spontaneously.