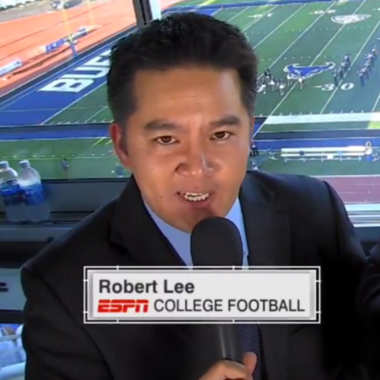 We live in a very strange world.  I am sure by now you have heard about ESPN football announcer Robert Lee.  On Tuesday, ESPN decided to remove him from covering the season’s first University of Virginia football game because he shares a name with the Confederate general whose statue triggered racial violence in Charlottesville.  According to this piece at The Atlantic, ESPN wanted to protect their Robert Lee from “memes and jokes.”  I guess that didn’t work out very well.

So what about all the other people in the United States named Robert Lee?  Julie Beck is asking the same question.  Here is a taste:

Both Robert and Lee are extremely common names. According to the website HowManyofMe.com, which searches a database of U.S. Census data, there are 5,128,282 Roberts in the United States, 731,046 people with the last name Lee, and a whopping 11,518 Robert Lees…

Surely some of them were named explicitly for Robert E. Lee, but many—probably most—were not. Wattenberg says that there used to be many people named for General Lee, but nowadays, “homage names are just an endangered species.” If someone chooses to go by the full “Robert E. Lee,” you might reasonably presume that they are trying to play up the Confederate connection, Wattenberg says. But the sports broadcaster Robert Lee is Asian American, and “one knows that broadcaster is not from a family proud of its Confederate ancestry,” she says.

Lee is the 22nd most common last name in the United States, according to the U.S. Census Bureau, and the people who share it are a fairly diverse group. White people make up 40.1 percent of Lees, 37.8 percent are Asian or Pacific Islander, 17.4 percent are black, 1.3 percent are Hispanic, and 1 percent are Native American.

One Robert Lee, who lives in San Francisco and works as a business analyst, didn’t fully understand the significance his name holds in the United States until he went to college. He lived in Hong Kong until he was 18, and then went to Brown University.