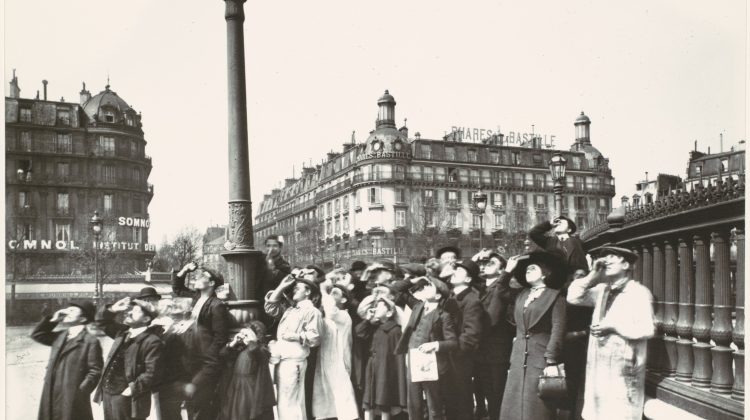 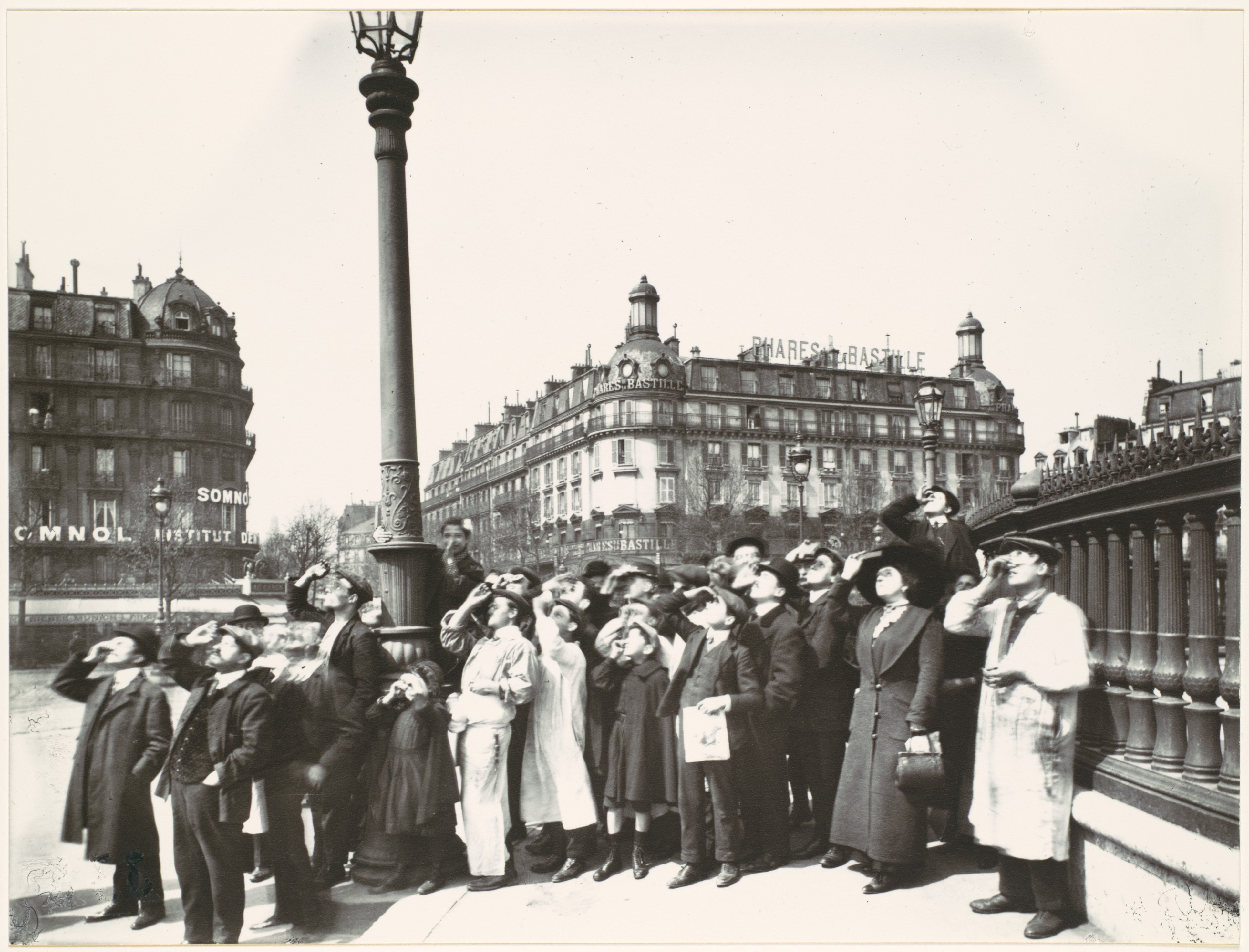 From the blog of the Massachusetts Historical Society:

Charles Francis Adams wrote about the eclipse he witnessed in Boston on 12 February 1831.

But as there must always be something or other to distract my attention, so today it was taken off by the eclipse of the Sun which took place about noon.  I spent some time in observing this phenomenon. The Sun was not entirely darkened as the eclipse was not total, consequently the light was but partially affected. The cold however was considerable, and the temperature did not recover it throughout the day. The sight is a splendid one…. Every body was looking and little was done. The appearance of the Streets was certainly curious. Men, Women and Boys all gazing at a spectacle the nature of which there were not many to comprehend.

Last Tuesday being fair Weather and very Hot we had a distinct View of the remarkable ECLIPSE of the SUN–At the Time of greatest Observation, it appeared larger than is represented in the Almanack–the Air was considerably darkned, so that some who did not know of the Eclipse, were surprised.