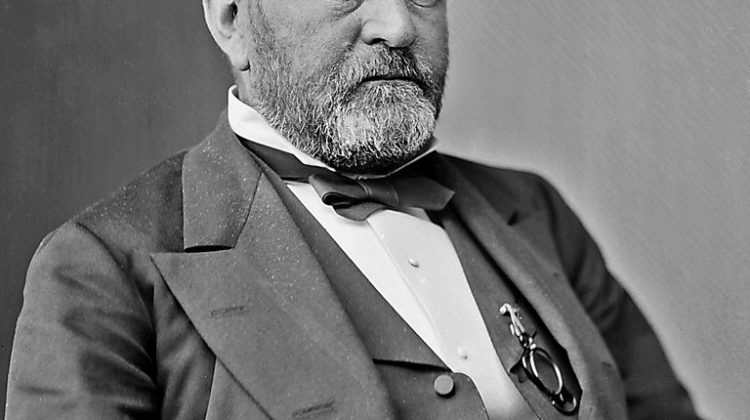 In the wake of the Civil War, the Ku Klux Klan emerged as a secretive society committed to the overthrow of the racial integration policies of Radical Reconstruction.  They burned African-American homes, lynched some blacks and murdered others in their attempt to restore power to the white supremacist Democratic Party in the South.

In response to the rise of the Klan, Congress passed a series of Enforcement Acts designed to “enforce” the 15th Amendment.  One of these acts was known as the Ku Klux Klan Act (1871).  It gave the President power to suspend the writ of habeas corpus to arrest members of the Klan.  Grant eventually used this law to prosecute the Klan and strengthen the Republican Party’s presence in the post-Civil War South.

There has been imposed upon the executive branch of the Government the execution of the act of Congress approved April 20, 1871, and commonly known as the Kuklux law, in a portion of the State of South Carolina. The necessity of the course pursued will be demonstrated by the report of the Committee to Investigate Southern Outrages. Under the provisions of the above act I issued a proclamation calling the attention of the people of the United States to the same, and declaring my reluctance to exercise any of the extraordinary powers thereby conferred upon me, except in case of imperative necessity, but making known my purpose to exercise such powers whenever it should become necessary to do so for the purpose of securing to all citizens of the United States the peaceful enjoyment of the rights guaranteed to them by the Constitution and the laws.

After the passage of this law information was received from time to time that combinations of the character referred to in this law existed and were powerful in many parts of the Southern States, particularly in certain counties in the State of South Carolina.

Careful investigation was made, and it was ascertained that in nine counties of that State such combinations were active and powerful, embracing a sufficient portion of the citizens to control the local authority, and having, among other things, the object of depriving the emancipated class of the substantial benefits of freedom and of preventing the free political action of those citizens who did not sympathize with their own views. Among their operations were frequent scourgings and occasional assassinations, generally perpetrated at night by disguised persons, the victims in almost all cases being citizens of different political sentiments from their own or freed persons who had shown a disposition to claim equal rights with other citizens. Thousands of inoffensive and well disposed citizens were the sufferers by this lawless violence,

Thereupon, on the 12th of October, 1871, a proclamation was issued, in terms of the law, calling upon the members of those combinations to disperse within five days and to deliver to the marshal or military officers of the United States all arms, ammunition, uniforms, disguises, and other means and implements used by them for carrying out their unlawful purposes.

This warning not having been heeded, on the 17th of October another proclamation was issued, suspending the privileges of the writ of habeas corpus in nine counties in that State.

Direction was given that within the counties so designated persons supposed, upon creditable information, to be members of such unlawful combinations should be arrested by the military forces of the United States and delivered to the marshal, to be dealt with according to law. In two of said counties, York and Spartanburg, many arrests have been made. At the last account the number of persons thus arrested was 168. Several hundred, whose criminality was ascertained to be of an inferior degree, were released for the present. These have generally made confessions of their guilt.

Great caution has been exercised in making these arrests, and, notwithstanding the large number, it is believed that no innocent person is now in custody. The prisoners will be held for regular trial in the judicial tribunals of the United States.

As soon as it appeared that the authorities of the United States were about to take vigorous measures to enforce the law, many persons absconded, and there is good ground for supposing that all of such persons have violated the law. A full report of what has been done under this law will be submitted to Congress by the Attorney-General.

Thanks to Rich Kidd for reminding me of this important source.