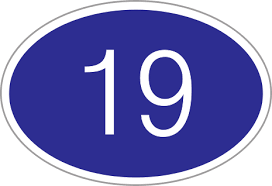 Susan Campbell, a reporter at the Hartford Courant and a professor at the University of New Haven who has written about American fundamentalism, reminds us that not all evangelicals are the same.

The #19percent-ers are still out there.

If you are a white evangelical Christian who doesn’t support Donald Trump, expect to explain yourself — a lot.

Evangelicals — roughly defined as people who believe in conversion experiences, have a personal relationship with Jesus, and stress the importance of the Bible as their foundational document – have been a political force at least since the bicentennial, when Newsweek declared 1976 “The Year of the Evangelical.” That year, half of evangelicals voted for one of their own, Jimmy Carter, a real, live Baptist Sunday school teacher.

That’s a hefty margin, but last November, some 80 percent of white evangelicals voted for Trump, who is evangelical neither in word nor deed.

The theories as to what attracted white evangelicals to the most flawed president in history are many, but understand this: White evangelicals don’t all sit in the same pew, and those who didn’t flock to Trump are left with a feeling that the brand has been sullied by their fellows’ support for the most flawed president in history.

“Even to this day, I struggle with whether I should still identify as an evangelical, but I think it’s a term worth fighting for,” says Ben Dubow, executive chef, director of culinary education and nutritional services at MACC Charities (MACC stands for Manchester Area Conference of Churches) and co-lead pastor at Hartford’s Riverfront Family Church. “It’s a movement worth fighting for,” particularly considering the social justice issues that engage evangelicals — including one of Dubow’s missions, feeding the hungry.