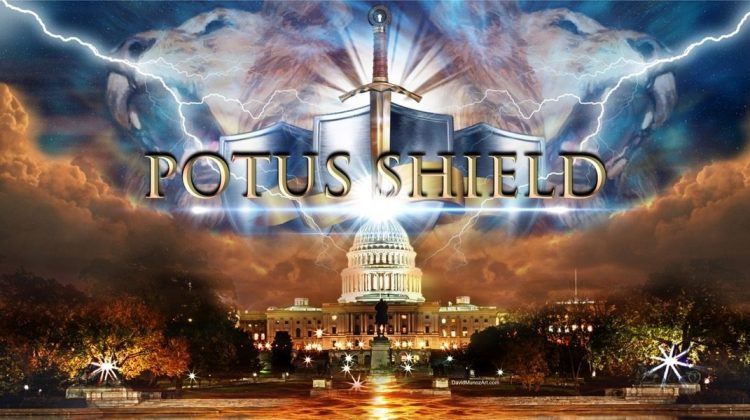 Yesterday I wrote about INC–Independent Network Charismatic Christianity.  These charismatic preachers with large followings make up a significant part of what I have been calling the court evangelicals.

I have been learning more about INC by the hour.  Thanks for everyone who has been e-mailing with leads.  Last night I read Peter Montgomery‘s extensive report on POTUS Shield, a group of charismatics preachers who believe that Donald Trump will “bring about the reign of God in America and the world.”

In the early morning hours of November 9, 2016, God told Frank Amedia that with Donald Trump having been elected president, Amedia and his fellow Trump-supporting “apostles” and “prophets” had a new mission. Thus was born POTUS Shield, a network of Pentecostal leaders devoted to helping Trump bring about the reign of God in America and the world.

Amedia described the divine origins of POTUS Shield during a gathering that spread over three days in March 2017 at the northeastern Ohio church he pastors. Interspersed with Pentecostal worship, liturgical dancing, speaking in tongues, shofar blowing, and Israeli flag waving, Amedia and other POTUS Shield leaders put forth their vision for a Christian America and their plans to bring it to fruition through prayer, political engagement and organizing in all 50 states. Among the many decrees made at the event was that Islam must be “completely broken down.”

POTUS Shield’s leaders view politics as spiritual warfare, part of a great struggle between good and evil that is taking place continuously in “the heavenlies” and here on earth, where the righteous contend with demonic spirits that control people, institutions and geographic regions. They believe that Trump’s election has given the church in America an opportunity to spark a spiritual Great Awakening that will engulf the nation and world. And they believe that a triumphant church establishing the kingdom of God on earth will set the stage for Christ’s return. Amedia says that the “POTUS” in the group’s name does not refer only to the president of the United States, but also to a new “prophetic order of the United States” that God is establishing.

Montgomery also did an interview with Sunnivie Brydum at Religion Dispatches.

The ties between POTUS Shield and the court evangelicals are becoming clear:

Frank Amedia, the co-founder of Touch Heaven Ministries, is a “Christian policy liason” for Trump.  Amedia claims to have had a vision of a giant broom sweeping all the liberal judges from the Supreme Court.  He also believes he can control natural events like tsunamis and tornadoes.

Dutch Sheets, another leader of the POTUS Shield movement, was apparently part of a group of evangelical leaders who prayed with Donald Trump in the White House.

Bishop Harry Jackson of Hope Christian Church in Beltsville, Maryland, has been a longtime court evangelical.  Here he is talking about 7 Mountain Dominionism.

Herman Martir, a Filipino-American pastor in Texas and a representative of this wing of evangelicalism, serves on Trump’s National Diversity Coalition.

Cindy Jacobs, a self-proclaimed prophet and a leader in the POTUS Shield movement, was on the White House lawn when Trump signed his executive order on religious liberty.