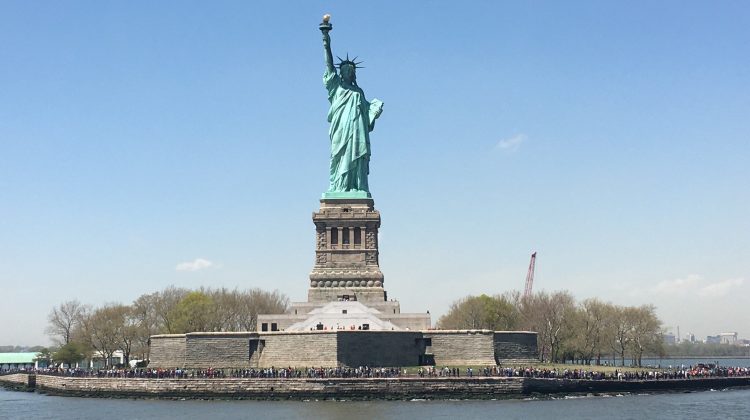 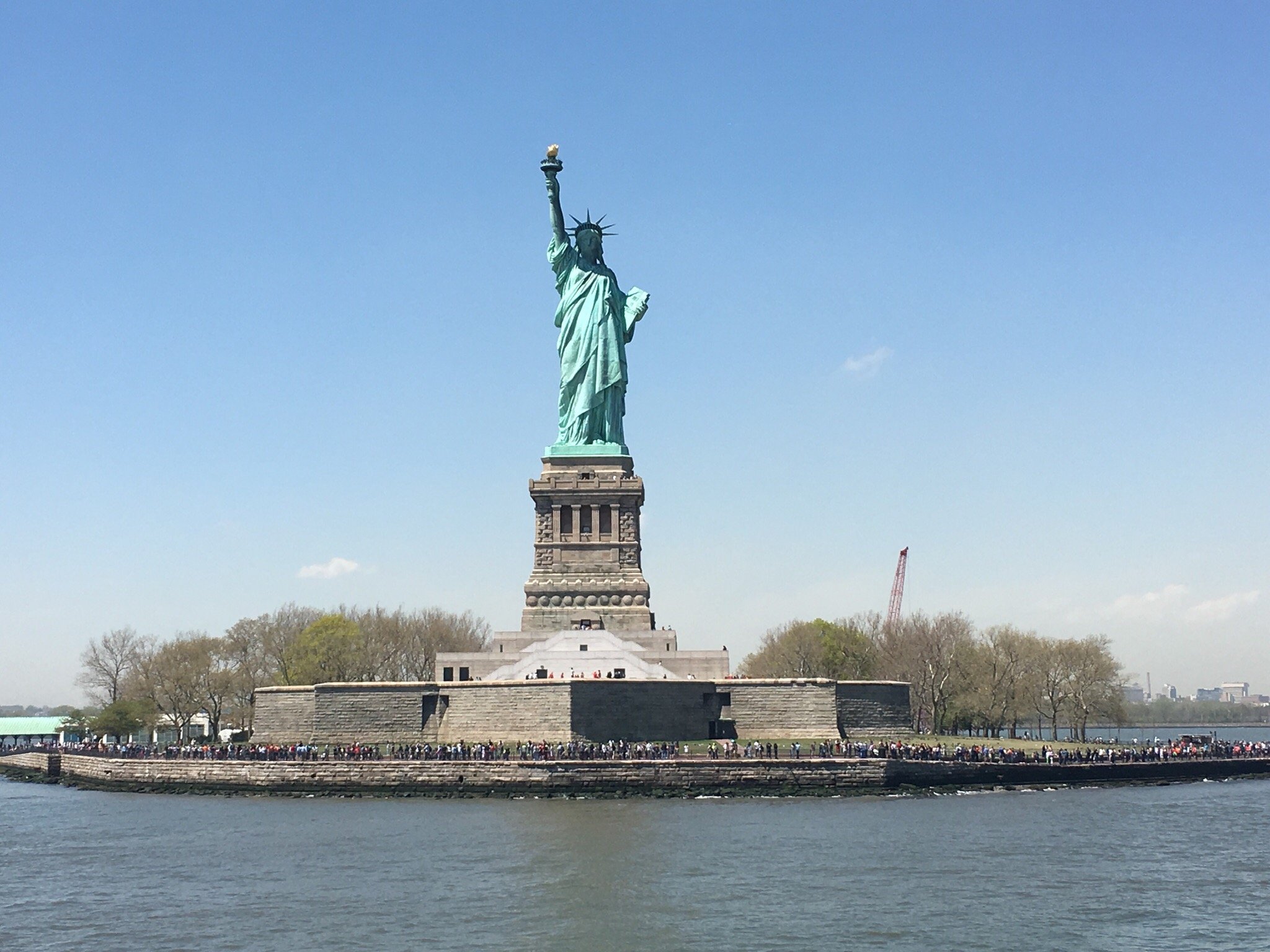 Stephen Miller, a senior aide of Donald Trump, is now telling reporters what is “ahistorical” and what is not.

In case you did not hear, today Trump and two United States Senators rolled out the “RAISE Act.”  In a nutshell, this law will limit future legal immigration to “highly skilled” workers and those who already speak English.

Today Miller met with reporters to answer questions about the RAISE Act.  Jim Acosta of CNN asked him if a bill limiting immigration to skilled workers and English-speakers violates the spirit of the words behind Emma Lazarus’s 1883 sonnet “The New Colossus.” Lazarus wrote “The New Colossus” to raise money for the construction of the pedestal of the Statue of Liberty.  The statue was dedicated in 1886.  The “New Colossus” was engraved on a plaque inside the statue’s lower level in 1903.

I quote it here in full:

Not like the brazen giant of Greek fame,
With conquering limbs astride from land to land;
Here at our sea-washed, sunset gates shall stand
A mighty woman with a torch, whose flame
Is the imprisoned lightning, and her name
MOTHER OF EXILES. From her beacon-hand
Glows world-wide welcome; her mild eyes command
The air-bridged harbor that twin cities frame.

“Keep, ancient lands, your storied pomp!” cries she
With silent lips. “Give me your tired, your poor,
Your huddled masses yearning to breathe free,
The wretched refuse of your teeming shore.
Send these, the homeless, tempest-tost to me,
I lift my lamp beside the golden door!”

Here is the exchange between Miller and Acosta: