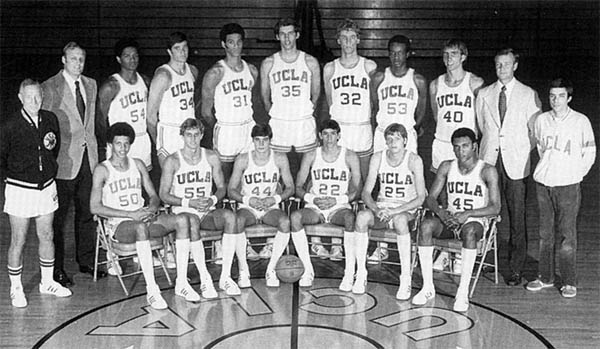 On Monday we called your attention to the Bible study taking place among members of Donald Trump’s cabinet.  The study is led by former UCLA basketball player Ralph Drollinger.  Read our take here.

Over at Sportianity, Paul Putz tells us a bit more about Drollinger and his ministry.

Drollinger has applied this sports ministry approach to politicians and government leaders since 1996, when he created Capitol Ministries. That said, it should be noted that sports ministry organizations did not create the methods of ministry that Drollinger uses. In my dissertation I discuss some of the late-nineteenth and early-twentieth-century sources that inspired and shaped the FCA’s approach to sports-specific ministry. And historians such as Kevin Kruse have written about the ways in which ministers beginning in the 1930s targeted their efforts towards reaching and influencing businessmen and politicians. But in Drollinger’s mind and experience, at least, his ministry among government leaders is simply an extension of his work among athletes and coaches, a chance to apply those methods to a new field ripe for harvest.

“Whereas a sports ministry movement is certain to have a positive impact on many,” Drollinger writes in Rebuilding America, “helping to generate a movement for Christ amongst governing authorities holds promise to change the direction of a whole country!”

As for the direction in which Drollinger believes the country should change, one can get a good idea by reading the endorsements for his book, which include statements from Christian Right luminaries like David Barton and conservative politicians like Michelle Bachmann. I hope to say more about the connections between sports ministry organizations and the Christian Right in a future post, but a word of caution before one assumes that Drollinger speaks for all involved in Sportianity: according to Kareem Abdul-Jabbar’s latest book, Drollinger’s old UCLA coach, John Wooden—prominently involved in evangelical sports ministries and prominently featured in Drollinger’s Rebuilding America book—voted for Barack Obama in 2008.