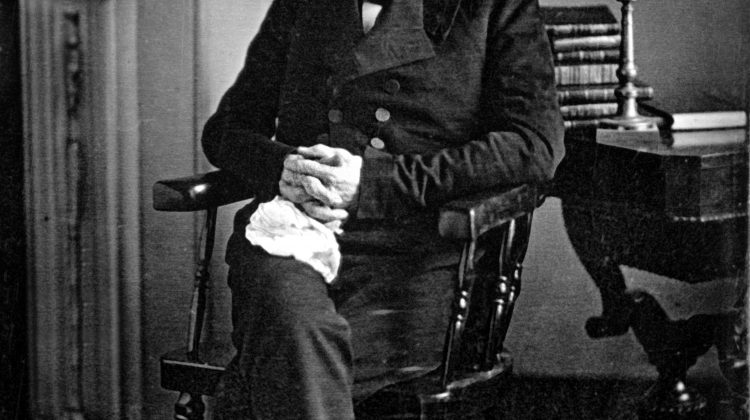 I have said it many times here at The Way of Improvement Leads Home: historians cannot predict the future.

But they can provide much needed context.

That is what Michael Kazin of Georgetown University does in his recent Washington Post op-ed “No matter what he does, history says Trump will never be popular.”

The four previous presidents who finished second in votes cast all struggled to convince Americans that they were doing a good job. Each battled the perception that his victory was undemocratic and illegitimate; each soon lost the confidence of his own partisans in Congress and led an administration that historians regard as a failure. Each faced an uphill struggle to keep his base happy and mobilized while also reaching out to the majority, which preferred policies his voters detested. Most, like Trump so far, did not even try to square that circle.

Only George W. Bush seemed to escape this fate, for a time. But his temporary success had more to do with the acclaim he received after the attacks of 9/11 than anything else he accomplished in office. And this crisis-induced honeymoon didn’t last: During most of his second term, Bush’s rating stalled far below the 48 percent of the vote he had won in 2000, when half a million more Americans preferred Al Gore.

The three other presidents who lost the popular vote all lived and governed in the 19th century. None managed to overcome his initial political deficit or to enact any of the major policies he desired. In the 1824 election, John Quincy Adams drew just 31 percent of the popular vote. The conditions of that contest have never been repeated: Adams was one of four candidates, all of whom nominally belonged to the same party, the Democratic-Republicans. Because no man won an electoral-vote majority, the decision fell to the House of Representatives. Adams triumphed, largely because he agreed to appoint Henry Clay, one of his erstwhile rivals, as secretary of state. Andrew Jackson, whose popular-vote count had easily topped that of Adams, screamed that his rivals had made a “corrupt bargain”; if citizens accepted it, he charged, “they may bid farewell to their freedom.”