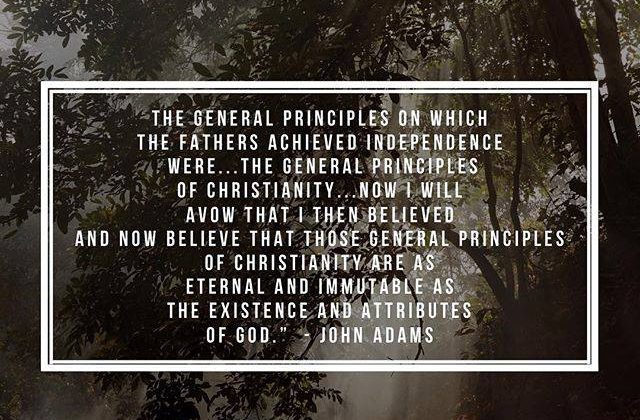 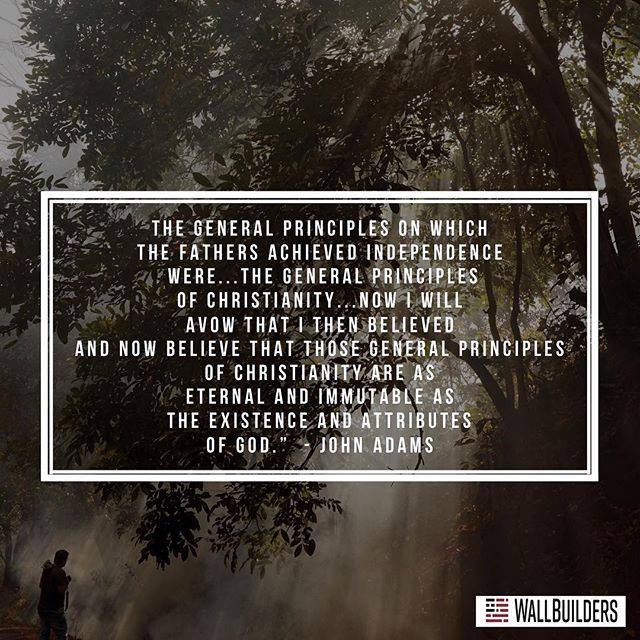 Sounds pretty good if your a Christian nationalist.  But let’s take a deeper look at this quote.

I have excerpted the pertinent parts of the letter below.  Warren Throckmorton, who wrote about this letter yesterday on his blog, has highlighted those passages that Barton quotes in the above meme.

Who composed that army of fine young fellows that was then before my eyes? There were among them Roman Catholics, English Episcopalians, Scotch and American Presbyterians, Methodists, Moravians, Anabaptists, German Lutherans, German Calvinists, Universalists, Arians, Priestleyans, Socinians, Independents, Congregationalists, Horse Protestants, and House Protestants, Deists and Atheists, and Protestants “qui ne croyent rien.”* Very few, however, of several of these species; nevertheless, all educated in the general principles of Christianity, and the general principles of English and American liberty.

Now I will avow, that I then believed and now believe that those general principles of Christianity are as eternal and immutable as the existence and attributes of God; and that those principles of liberty are as unalterable as human nature and our terrestrial, mundane system. I could, therefore, safely say, consistently with all my then and present information, that I believed they would never make discoveries in contradiction to these general principles. In favor of these general principles, in philosophy, religion, and government, I could fill sheets of quotations from Frederic of Prussia, from Hume, Gibbon, Bolingbroke, Rousseau, and Voltaire, as well as Newton and Locke; not to mention thousands of divines and philosophers of inferior fame.

In the end, if we look at the parts of the letter Barton does not mention in his meme we would get a very different view of the role of Christianity in the American founding than the Christian nationalist message he wants to convey to his Facebook followers.  This is cherry-picking at its finest.

(Thanks to Warren Throckmorton for the inspiration to write this post).