This is the title of Ishaan Tharoor‘s Washington Post interview with historian Larrie Ferrerio, author of the recent Brothers at Arms: American Independence and the Men of France and Spain Who Saved It.  (Check out my review of this book at Education and Culture).

The idea of the Declaration of Independence as a “plea for help” will not sit well with many Americans today, especially on the Fourth  of July, but this does not make it any less true.  I explored this issue a bit in Was America Founded as a Christian Nation: A Historical Introduction?.  Here is an excerpt:

Most would agree that the Declaration of Independence was not a theological or religious documents, but neither was it designed predominantly to teach Americans and the world about human rights.  Americans have become so taken by the second paragraph of the document that they miss the purpose of the Declaration as understood by the Continental Congress, its team of authors, and its chief writer, Thomas Jefferson.  In the context of the American Revolution, the Declaration of Independence was just what it claimed to be–a “declaration” of “independence” from England and an assertion of American sovereignty in the world.

Historian David Armitage has argued convincingly that the Declaration of Independence was written primarily as a document asserting American political sovereignty in the hopes that the newly created United States would secure a place in the international community of nations.  In fact, Armitage asserts, the Declaration was discussed abroad more than it was at home.  This meant that the Declaration was “decidedly un-revolutionary.  It would affirm the maxims of European statecraft, not affront them.”  To put this differently, the “self-evident truths” and “unalienable rights” of the Declaration’s second paragraph would not have been particularly new or groundbreaking in the context of the eighteenth-century British world.  These were ideals that all members of the British Empire values regardless of whether they supported or opposed the American Revolution.  The writers of the Declaration of Independence and the members of the Second Continental Congress who endorsed and signed it did not believe that they were advancing, as historian Pauline Maier has put it, “a classic statement of American political principles.”  This was a foreign policy document.

The writers of the Declaration viewed the document this way.  In an 1825 letter to fellow Virginian Henry Lee, Thomas Jefferson explained his motivation behind writing it:

“when forced, therefore, to resort to arms for redress, an appeal to the tribunal of the world was deemed proper for our jurisdiction.  This was the object of the Declaration of Independence.  Not to find out new principles or new arguments, never before thought of…but to place before mankind the common sense of the subject, in terms so plain and firm as to command their assent, and to justify ourselves in the independent stand we are compelled to take.”

John Adams, writing five years after he signed it, called the Declaration “that memorable Act by which [the United States] assumed an equal Station among the nation.”  Adams’s son, John Quincy, though not a participant in the Continental Congress, described the Declaration as “merely an occasional state paper. It was a solemn exposition to the world of the causes which had compelled the people of a small portion of the British empire, to cast off their allegiance and renounce the protection of the British king: and to resolve their social connection with the British people.”  There is little in these statements to suggest that the Declaration of Independence was anything other than an announcement to the world that the former British colonies were now free and independent states and thus deserved a place in the international order of nations.”

We typically look at the Declaration of Independence as a document written to King George III by the American people, stating why we wanted to become an independent nation. That’s what we tell each other when we celebrate the Fourth of July. 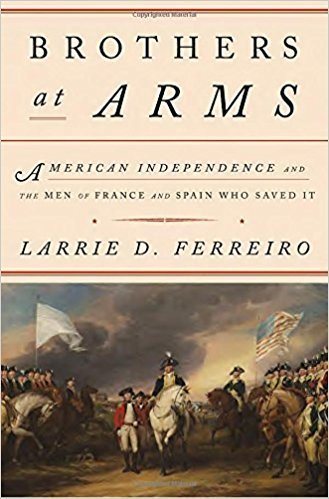 But when you look at what happened in 1776, it was clear George III had already got the memo that the Americans wanted to be independent. And when you look at the writing of the Founding Fathers, they make it very clear that they knew they could not fight Britain by themselves. They knew that the only countries that had the motivation and the military and naval capabilities to defeat Britain were France and Spain. And the only way they could join on the Americans’ side was if they knew this was not simply a battle of colonists with their mother country to get a better deal. They only would come to our aid if they saw that we were fighting as a sovereign, independent nation against a common adversary.

The Declaration was specifically written for that purpose, and both John Adams and Thomas Jefferson said this — they were quite clear in their writings. Thomas Jefferson took those ideas and made a document for the ages, a truly enlightened document that read out many of the ideas of the time on what constitutes the rights of the state and the people. But at the core it was a cry for help. The first considered action by Congress after the Declaration was approved was to put it on a ship so it could reach the courts of France and Spain.

Read the rest of the interview here.