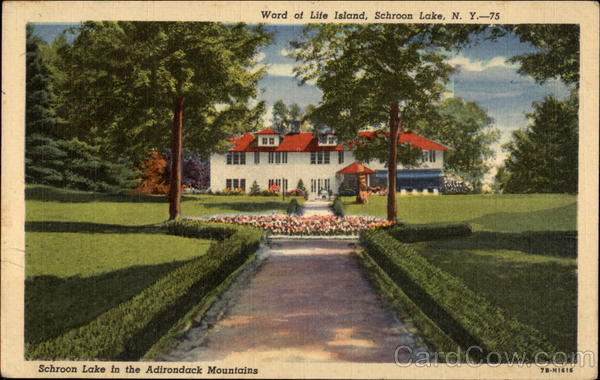 Who is Jack Wyrtzen?

The founder of Word of Life was a household name in post-war evangelical and fundamentalism. He may have also been an evangelical environmentalist.

Here is Fred Clark, aka Slacktivist:

Jack Wyrtzen was an old-school evangelist — a little bit Billy Sunday, a little bit Billy Graham. He was a former insurance salesman and a Bible-school drop-out who went on to become a radio preacher and eventually the president-and-founder of a popular para-church ministry, Word of Life. Wyrtzen had a loud, genuine laugh and a penchant for even louder jackets. He was also a straight-ticket fundamentalist — young-Earth creationism, premillennial dispensationalism, plenary verbal inspiration, inerrancy, the whole platform.

I met him on several occasions over the years and found him a hard man not to like.

Word of Life was a big deal in the fundie church and private Christian school I grew up in. My family wasn’t part of the Word of Life club, but many of our friends and neighbors made regular pilgrimages up to Schroon Lake for Bible conferences and Bible camp, and they studiously worked their way through correspondence courses for Wyrtzen’s Word of Life Bible Institute….

…And so it came to pass that I wound up mailing a copy of the soon-to-be-declared Evangelical Declaration on the Care of Creation to — among hundreds of others — Jack Wyrtzen, President and Founder, Word of Life Ministries, Schroon Lake, NY.

I didn’t expect that one would get a response. Our declaration wasn’t proving very popular within the creationist and “Bible-prophecy” fundamentalist branches of evangelicalism. Many young-Earth creationists bear a suspicion bordering on outright hostility toward ecology which is, after all, a secular science. And most premillennial dispensationalists couldn’t be persuaded to care much about the environment because Jesus was coming back any day now and it’s all gonna burn. The world that Hal Lindsey had taught them to think of as “The Late Great Planet Earth” was going to be destroyed as part of God’s great plan, so why bother taking care of it? (For the record, I believe we also sent a letter and a draft of the declaration to the Rev. Tim LaHaye. We did not receive a response from him.) Sure, our “declaration” was full of chapter-and-verse proof-texts supporting “creation care,” but those tended to be from all the wrong parts of Genesis and Revelation, so most of the creationism and Rapture crowd weren’t eager to sign on.

But from that faction there was one surprising exception: Jack Wyrtzen. Jack added his signature and sent back an enthusiastic, hand-written note affirming that he was confident Jesus was returning soon (multiple exclamation points!) — but that he also believed that loving God meant, in the meantime, taking care of “God’s beautiful creation!!!”

I treasured that endorsement for personal reasons, and hoped it might persuade others from the fundier-side of evangelicalism to join Jack in permitting their followers to listen to what we were saying. (It didn’t.)

That was almost 25 years ago, but I found myself thinking fondly of that sweet note from Jack Wyrtzen last week as the hand-picked president of 81 percent of white evangelicals announced his intention to withdraw the United States from the global effort to combat the damage from climate change.

A lot has changed over those years and I’m not sure a new “Declaration on the Care of Creation” today would ever receive the kind of response the old one got from folks like Jack Wyrtzen. The evangelical “Christian radio” pioneered by old-school “Bible” preachers like Wyrtzen is now home to culture-warriors and scores of wanna-be Limbaughs and Hannitys who regard environmentalism as a hoax or a socialist conspiracy. The Fox News toxin has infected much of the evangelical subculture so that these days any talk of the environment triggers their hippy-punching instinct (liberals care about something so we must oppose it). And after the 2000 election here in the U.S., even the facts and science of climate change became a matter of partisan dispute.