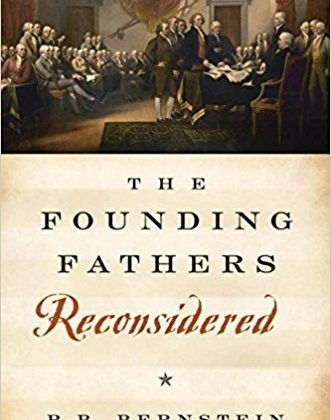 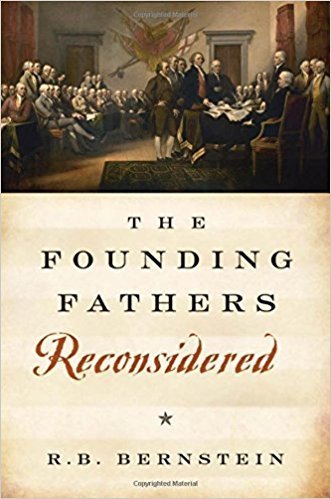 Last night while scanning Facebook I ran across Richard Bernstein’s take on this whole Joyce Chaplin-Ted Cruz debate. He was gracious enough to let me share it here.

Not familiar yet with the Chaplin-Cruz dust-up?  Get up to speed here and here.

There is a dust-up on Twitter between Harvard’s Joyce Chaplin and Senator Ted Cruz (R-Texas) about the consequences of President 45’s decision to withdraw the U.S. from the Paris climate agreement. Prof. Chaplin argued that the US was created by the international community as a result of the Treaty of Paris of 1783, and Cruz fired back an angry and bitter retort insisting that the United States was entirely self-created by the following equation: “Declaration+Revolutionary War+Constitution=USA.”

Well, Prof. Chaplin is a bit off, but Senator Cruz is way off. Here’s one historian’s take on the matter, rooted in various books that I’ve written and in the research supporting them:

The United States was self-created on either 2 July (the adoption of the independence resolution) or 4 July (the adoption and promulgation of the Declaration of Independence) 1776. Its first form of government (omitted by Cruz from his equation) was the Articles of Confederation, framed in 1777 and ratified in 1781. Of the three resolutions introduced by Richard Henry Lee (VA) in the Second Continental Congress in June 1776, one pertained to declaring independence; a second pertained to framing articles of confederation; and a third pertained to securing foreign alliances, showing the importance that the founding guys placed on the international dimension of the struggle.

* The treaty between the US and France in 1778 was the first by which a foreign power recognized the United States; other treaties with other nations confirmed American independence in the eyes of those nations making the treaties.

* The Treaty of Paris of 1783 is the instrument by which Britain officially recognized American independence, though one could argue that, by entering into full negotiations with American diplomats, Britain recognized American independence earlier than 1783. The step of opening negotiations was the first step in a process culminating in the treaty, and thus in full recognition.

The creation of the United States is a process with domestic and international dimensions, as set forth above. It ended with the adoption of the U.S. Constitution in 1788 and its effectuation on 4 March 1789. On receiving news of the Constitution’s ratification, Benjamin Rush (a signer of the Declaration) said, “‘Tis done. We have become a nation.” One could argue that the United States first took shape as a confederation of states in 1776 and then reformulated itself into a federal republic, an independent nation, by 1789. Note, however, that the Constitution does not include the word “nation” — in fact, during the Convention, the delegates were so leery of that word that they specifically excised it from the document.

Apparently, Ted Cruz is an idiot. He seems not to realize that a formal treaty between Britain and the United States, under which Britain recognized American independence and nationhood, was an essential part of the creation of the United States. John Adams, Benjamin Franklin, and John Jay did not make that mistake, nor did they miss the importance of the treaty they were appointed by Congress to negotiate. It is sad that a graduate with honors of the Harvard Law School is so stupid as to miss that essential point about the origins of the United States. Cruz insists on the Battle of Yorktown (1781), but he misses that the treaty negotiations were the direct consequence of the UH-French victory over Britain at Yorktown.

Indeed, regarding the use of the word “nation,” Abraham Lincoln was the critical figure in establishing the legitimacy and importance of defining the United States as a nation. His predecessor in that argument, of course, was Alexander Hamilton, who in THE FEDERALIST No. 85 wrote, “A nation without a national government is to my mind an awful spectacle.”

In sum, the creation of the United States as an independent nation was a long, arduous process, one with both domestic (national) and international elements – one that can’t be contained in a tweet.