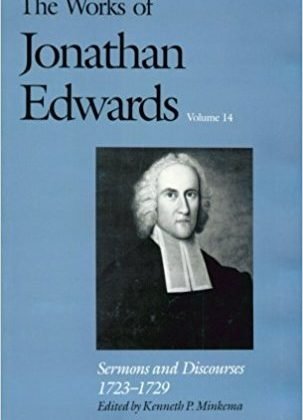 The Junto is featuring Katy Lasdow‘s interview with Ken Minkema, the heart and soul of The Jonathan Edwards Center at Yale University.

JUNTO: Tell us about the work that you do. How does it relate—or not relate—to the research you undertook in your doctoral studies?

KENNETH MINKEMA: I completed doctoral studies at the University of Connecticut in 1988, having completed a dissertation on—what else—Edwards. But more precisely, I wrote on the Edwards family as a ministerial dynasty in eighteenth-century New England (think Middlekauff on the Mathers and Nagel on the Adamses, prominent multi-generational family studies that appeared at that time).

Since then, I have come to be responsible for nearly all of the activities of a major historical papers and digital humanities project. The Yale Edwards Edition is venerable, going back to the 1950s, when a multivolume series was begun by a team of editors under the direction of Harvard’s Perry Miller and published by Yale Press.T hat series, 26 volumes, was completed in 2008. Out of the Edition’s offices the Jonathan Edwards Center was created to support research, education and publication in Edwards Studies and related fields. In the process, we became a digital humanities project as well, digitizing all of the printed volumes as well as supplemental born-digital sources that amount to nearly 100,000 pages. So, while we perform all of the functions of a research center, assisting scholars, students and others, and coordinating several outreach initiatives, we are also still transcribing and editing texts by Edwards and documents that relate to his life and legacy.

JUNTO: What was the journey after graduate school like for you? Can you reflect on some of the choices you confronted when you made the decision to work with for — and later lead — the Jonathan Edwards Center?

MINKEMA: Following doctoral studies, I adjuncted for one year, teaching classes at UConn and at University of Hartford. Meanwhile, my mentor and long-time friend Harry (Skip) Stout, who had become part of the Yale faculty the previous year, joined the board of the Edwards Works, eventually becoming the General Editor (so he’s technically the “leader,” while I’m the managing editor). When the project received its first multi-year grant, enabling it to establish a central office for the first time at Yale Divinity School, Skip put my name forward and I was hired, beginning in 1989. (I arrived a couple of days before a tornado hit downtown New Haven, tearing right up Prospect Street in front of the Divinity School; I recall stepping over downed power lines and trees on my walk home, and of course electricity was out for days. Welcome to New Haven!)

Over the years, and especially early on, I applied for and have been recruited for other positions, but I made the decision to remain with the Edwards project, because I felt a real sense of purpose there. It has become my life’s work, my vocation or calling. I feel very fortunate to have found just the right niche for myself, in which I love what I do. Not many people get to realize that. But I owe that to the advice and support of many people (not least of all my wife, Lori).