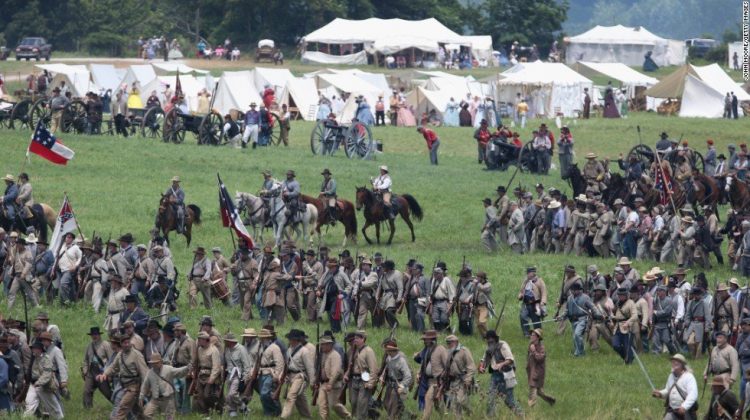 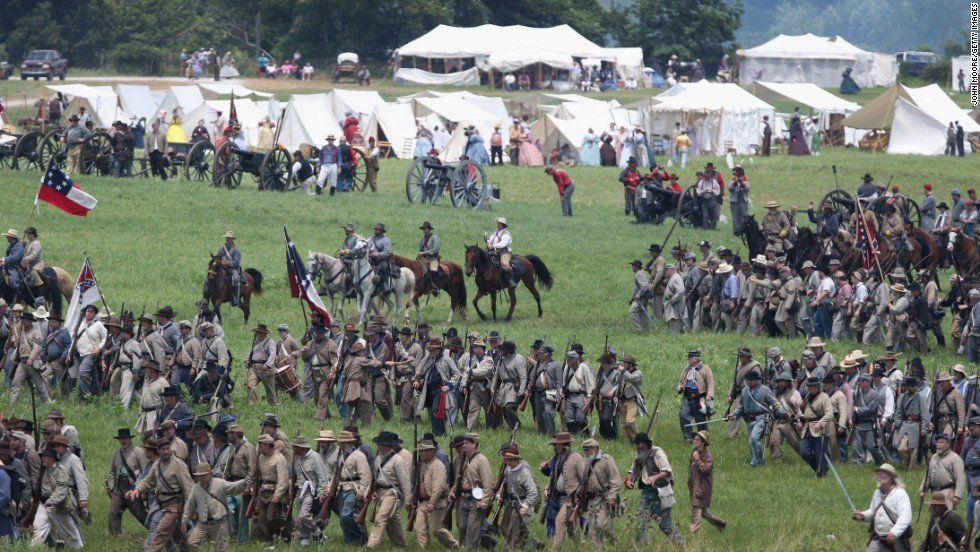 Dan Johnson, a writer from Los Angeles, describes how, as a teenager, he used Civil War re-enacting as a means of escaping the world in the wake of September 11, 2001.

Here is a taste of his piece at Salon:

My first day back at school was Sept. 10, 2001. I went from being a soldier in a fictional approximation of a long-defunct 19th-century army to being a boy in a 20th-century educational system. At home my time was much more my own, but my status had been greatly diminished to that of a child. A teacher welcomed me back to the “real world” even though everything about a return to supposed adolescent normalcy felt unnatural.

I first saw footage of the planes hitting the World Trade Center on the cafeteria TVs. In the days after, I sat in my parents’ house watching moribund repetitions of structural collapse, airport security checkpoint footage and the omnipresent tears of victims’ families. The high-pitched roar of combat air patrols replaced the regular wash of passenger jet noise from planes landing at nearby Dulles Airport.

The world of the dot-com suburbs was in a state of flux. A promising future braided with the trappings of supposed progress threatened to unravel in the face of the new national pastime — brooding paranoia. In a time when nobodies from half a world away can fly planes into skyscrapers unimpeded, anything is possible. The lucrative undergirding of Pax Americana was suddenly in question.

There was a certain feeling of entrenchment in the re-enacting community that fall. We hobby soldiers did in literal what the rest of the country did in abstract — we dug into the bedrock of national mythos. It’s an age-old remedy in times of fear and insecurity. We sought our deliverance in the calm certitude of the past. Rarely is that enough.

As the world around me changed, re-enacting became an all-important excavation. I built a system of spiritual trenches to safeguard a comforting idea of history. I wasn’t alone. Far from it. The harder I dug, the more I found like-minded pseudo-soldiers doing the same.

I linked up with others in a vast labyrinth of breastworks cut into the loam of Americana to protect us from a future more intimidating than any of us could have imagined then.