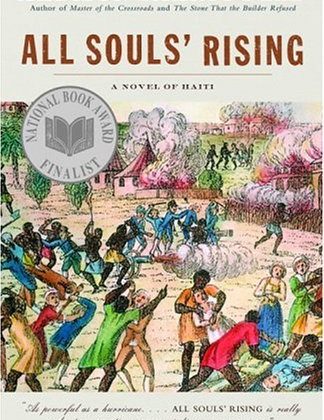 Madison Smartt Bell, an English professor at Goucher College, a writer, and a finalist for the National Book Award, begins his Chronicle of Higher Education essay “Policing the Imagination” with this story:

In the latest issue of Write, a publication of the Writers’ Union of Canada, its then-editor, Hal Niedzviecki, argued that “anyone, anywhere, should be encouraged to imagine other peoples, other cultures, other identities,” and to write about them. There was an immediate outcry from other contributors and union members. The union apologized for what Niedzviecki had published. Niedzviecki resigned as editor. Newscoverage made it clear that he had effectively been convicted of disbelief in the concept of “cultural appropriation,” which in the view of his accusers amounts to a form of heresy.

The identity politics informing this scandal and other recent and similar episodes (such as the novelist Lionel Shriver’s controversial speech at the Brisbane Writers Festival last year) date back to the 1990s. Since then, an unwritten rule prohibiting a member of a particular identity group from speaking as if from within the experience of another identity group has gained power, and nowadays it is often very loudly and stringently enforced. A kind of silencing ensues from the enforcement.

He then describes, as a white male, how he has spent his entire career writing fiction from the point of view of African Americans and Haitians.

He concludes with his thoughts on liberal arts education:

…an essential goal of liberal-arts education is to broaden the views of students and improve their capacity for empathy by exposing them to kinds of people different from their kind. A great deal of that work used to be accomplished by reading imaginative literature under the umbrella of the now-rapidly dwindling English major. Now that so many students would rather write than read, it’s incumbent upon us as teaching writers to get the same job done.

Writing isn’t only about self-expression, I argue. It’s about imagining the lives of others and representing them in a convincing way. So you, students, are encouraged to think and write outside your identity group’s comfort zone. If you bring us Tonto, you can expect to be reproached for that. But if you research and learn in good faith, if you imagine in good faith, if you compose with enough artistry and conviction, you might bring us back something that enlarges our view of the world and the people in it, even as it expands your own.

To make that happen, I tell the students, requires a community of trust — but we don’t automatically have that now, when we have just convened our group for the first time. Now is when we have to start building it — right now, without delay.

So far I’ve been able to get that approach to work in my classroom … but maybe it’s not such an accomplishment to create the necessary community spirit in a group of 15 young people who already share a number of good intentions. Outside the academy, the stakes are much higher. If there was ever such a community of trust in the American national discourse, it is a shame that we have lost it, and we need to get it back. We need to abandon the fortified positions into which identity politics has forced us, and find a way to make ourselves not only heard, but understood, across the chasms that divide us.

So I wonder how this works in the history classroom?  I think it is fair to say that even though I am not a scholar of American slavery, I know more about slavery than nearly all of my students.  Does this mean I am not in a position to teach about the subject?  I don’t think any historian would say this, but it does seem to be the logical end of the kind of identity politics Bell is talking about here.

I want my students–all of them–to be able to see the world from the perspective of someone who is different.  As Bell puts it, I want to “broaden their capacity for empathy.” Sometimes this requires an act of the imagination.  I want my white students to engage deeply with the story of slavery in seventeenth-century Virginia, the life of Frederick Douglass, the plight of 19th-century African American Philadelphia businessman James Forten, and the sorrow of Cherokees on the Trail of Tears.

I want my male students to encounter the boldness of Anne Hutchinson.  I want to expose them to the late 18th-century female community on the Maine frontier that was cultivated by the midwife Martha Ballard.  I want them to understand colonial America from the perspective of “Good Wives” and see the American Revolution through the eyes of Judith Sargent Murray or Phillis Wheatley.

I want my African American students to understand Ben Franklin and Thomas Paine and Thomas Jefferson on their own terms, not through some kind of twenty-first century grid that makes them one-dimensional characters that lack complexity.  The same could be said about Western Civilization more broadly.

I do all of this not primarily because I think the ideas of these men and women are right or wrong, but because the encounter with their voices and their stories forces students to think in a more nuanced way about these historical figures–a way that recognizes their humanity and their brokenness.  This kind of reflection might even help my students to reflect more deeply on the social and cultural issues that they believe to be important in their everyday lives as they seek to live justly in this world.