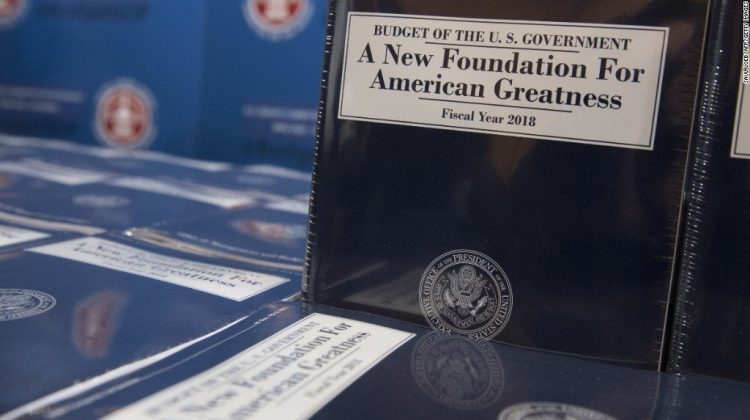 But what if Trump’s budget, which cuts over $1 trillion in safety net programs, did go into effect?  Marv Knox, the editor of The Baptist Standard, is interested in this question.

Here is a taste of his recent editorial:

Christians who touted their faith as a reason for backing Trump’s “Make America Great Again” campaign have put God on trial, with two ways to win and one way to lose.

• Win Scenario 1: Trump is correct, and his budget works.

His plan doesn’t merely balance the budget, but also wildly stimulates the economy, brings coal back in vogue, reopens industrial jobs and ensures near-zero unemployment with good-paying jobs. People don’t need a safety net, because they’re getting by on their own.

Beyond that, they feel better about themselves—“great,” even—because they’re working and making their way. Christians helped Trump win; life is good; God is great.

• Win Scenario 2: Trump is not correct, but the church saves the day.

The federal safety net shreds, but the church shows up on time. Christian benevolences of all kinds flourish. The church feeds the hungry, clothes the naked, houses the homeless. Christians provide so much money to their hospitals and health clinics, even people who cannot afford insurance can receive highly specialized and expensive cancer treatment, surgery and every other medical need.

Christians sacrificed to take care of others, who thrived because of their loving benevolence. God gets the glory for their gracious spirits. America experiences a revival it has not seen in many generations.

• Lose Scenario 1: Trump is not correct, and the church fails to show up.

The federal safety shreds, just as the president has planned. Meals on Wheels collapses. Parents can’t find work, and so they not only can’t bring home a paycheck, but they can’t meet the president’s stringent requirements for supplemental assistance. Their children go hungry. Their older cousins can’t continue their education because they can’t get student loans. Other calamity ensues.

Meanwhile, the church continues its current course. Less than 20 percent of members tithe, and congregations spend most of the money they take in on themselves, particularly buildings and staff. Food pantries and clothes closets can’t keep up with burgeoning need. Health clinics meet only a fraction of the demand. Expensive care from hospitals is out of the question.

Hurting people—the chronically ill, children, the elderly, even veterans—suffer without alleviation, either from the government or from the church. They can do math, and they realize 81 percent of evangelicals put the president in office. And now their safety net is gone. They can see the landscape, and they don’t see nearly enough congregations even trying to knit a new one. You can understand why they blame God. Either way they look at it—politically or religiously—Christian people did them in.

If 20th-century American history is any indication, Knox’s “Lose Scenario #3” is most likely.  Don’t get me wrong, the Christian church did some amazing work of benevolence in the last century and its members continue to do this work today.  But the church’s influence, particularly among evangelicals, has not kept up with the need.

I hope Christians take Knox’s call seriously.  I appreciate his piece and I agree with it. But as a student of history, I realize that the church will need to make a bold break with the recent past if it wants to live without a government safety net.  And Knox is right about one more thing–it will take a revival.  The last time evangelicals displayed social action fitting with the call of the Gospel was during the Second Great Awakening.