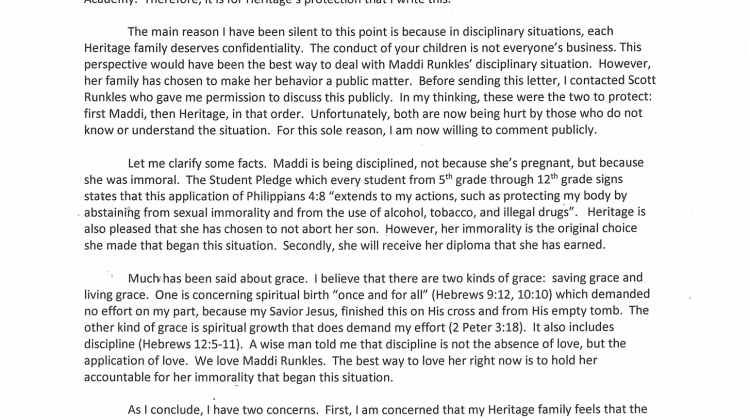 This story has been out there for a few days now, but that doesn’t make it any less awful.

Heritage Academy, a Christian school in Hagerstown, Maryland, will not allow senior student Maddie Runkles to walk with her classmates at graduation on June 2.  According to the administrator of the school, David Hobbs, Runkles “is being disciplined, not because she’s pregnant, but because she was immoral.”

Here is the official statement:

Several things strike me about this letter, but I will mention four here:

Maddie Runkles needs Christian love and support right now.  Like Hobbs, I am glad that she has decided to keep her baby.  I commend her for making a decision for life.  But I also worry about how long she will identify with a Christian community.  Incidents like this tend to turn young people away from the faith pretty quickly.