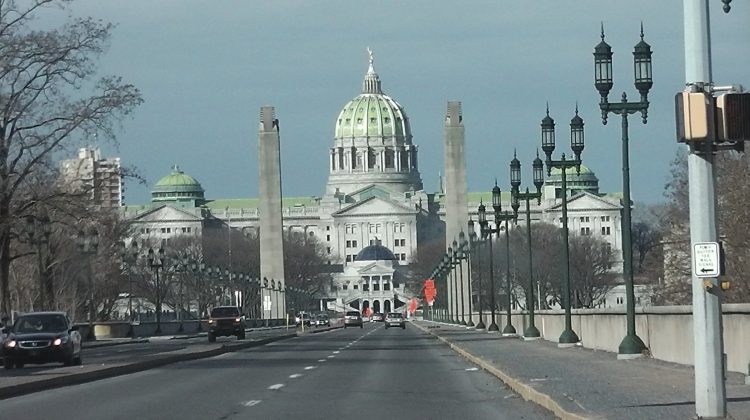 I am happy to publish this piece by John Craig Hammond,  If you care about the fate of democracy in Pennsylvania please give it a read. –JF

Google “corrupt” and “state legislature,” and guess what name pops up over and over again? Pennsylvania – of course.

This is not “new” news. Our commonwealth enjoys (if that is the proper term) a century-long history of corruption that continues unabated to the present. The impact on public confidence is predictable: a recent Franklin & Marshall College poll shows that only 35 percent of Pennsylvania voters think we are “headed in the right direction.”

It is news, however, that Pennsylvanians are at last so fed up with dysfunction, ineptitude and lack of responsiveness in Harrisburg that they are banding together to bring about fundamental change. A grassroots group that I’ve joined, March on Harrisburg, is living up to its name literally and figuratively, as thousands of citizens call, write, meet and actually journey to the statehouse with the goal of launching a new era in Pennsylvania politics.

We believe that just three key measures will go a long way to establish open and responsive government:

End gerrymandering. Pennsylvania’s current system allows the party in power to draw up the voting district map in its own favor; in essence, politicians get to pick their voters. Thus, Pennsylvania is one of the three most gerrymandered states in the nation, with some of the least competitive elections. In the 2016 elections for state house and state senate, for example, about one-half of incumbents ran unopposed thanks to the “safe” districts that they gerrymandered for themselves.

March on Harrisburg seeks to end gerrymandering by establishing an independent, non-partisan redistricting commission. You can help by calling your state legislators to demand that SB 22 and HB 722, currently in committee, be brought to the floor for a vote.

End gift-giving. Even as you read this, legislators, along with their staff and their family members, are accepting gifts from special interests – and it is perfectly legal. Pennsylvania ethics and reporting laws are so murky and ineffective that gift-giving is, in practice, an open invitation to corruption.

March on Harrisburg seeks to ban such gifts. Please contact your elected officials with two requests: to pledge personally to stop taking gifts and to propose legislation forbidding gift-giving.

Institute automatic voter registration. Politicians tend to favor our state’s antiquated voter registration mechanism because it narrows the electorate and reduces the number of pesky voters who otherwise might go around expecting good, responsive government.

Automatic voter registration is easy to implement, and there is no excuse for failing to do so in Pennsylvania. March on Harrisburg believes that if you are legally entitled to vote, you should be automatically registered to vote. We hope you will contact your legislators to express that view.

With these three important measures, Pennsylvania citizens can begin the process of reclaiming the state house. The fight will not be easy. But it can and must be done.

Please contact your state representative and senator, and let them know that you support March on Harrisburg and that you expect them to do the same. Democracy depends on you.