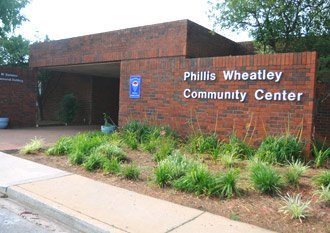 I was really encouraged to read this article in yesterday’s Greenville Online.  It describes a growing relationship between Bob Jones University and Greenville’s Phillis Wheatley Community Center.

It was a sight that brought tears to the eyes of a 70-year-old deacon at Nicholtown Missionary Baptist Church.

The Rev. Darian Blue, Nicholtown Baptist’s senior pastor, said the deacon remarked that he never thought he’d see the day when a Bob Jones University bus would be parked in the Phillis Wheatley Center parking lot.

That bus had brought BJU students to the center to perform community service projects in observance of the Martin Luther King Jr. holiday.

That event alone “spoke volumes to what has happened, what’s taking place, where we’re headed as a city and the work that’s being done between the two organizations,” Blue said.

But, it’s only a bud to a blooming relationship between the two organizations.

The university is offering scholarships to students who attend the Phillis Wheatley Center. The university is also opening its campus to the center’s repertory theater for a fundraiser on May 16.

The Phillis Wheatley Repertory Theater players will present “Don’t Give Up On Your Dreams,” in the university’s Rodeheaver Auditorium.

“Because the relationship is about reciprocity we have opportunities for our students to step foot on their property and that signifies a true relationship,” said Blue, executive director of the 98-year-old Phillis Wheatley Center. “It means so much.”

Blue said everyone he has spoken to regarding the center’s relationship with BJU considers it “major.”

“People in our community would never have thought our kids would be able to perform at Bob Jones so for us this is a big moment,” he said.

In 2008, the university posted a statement on its Web site apologizing for its “racially hurtful” policies of the past, after hundreds of alumni and students signed a petition calling for an apology.

“In so doing, we failed to accurately represent the Lord and to fulfill the commandment to love others as ourselves,” the statement said. “For these failures, we are profoundly sorry.”