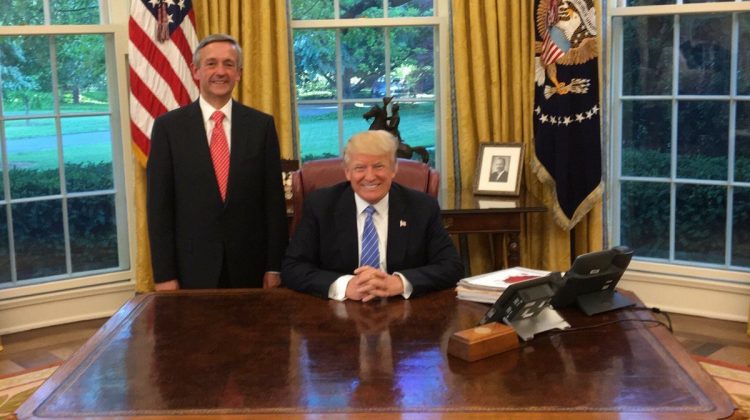 The evangelical community’s response to Donald Trump’s recent executive order on religious liberty has been largely negative.  As I wrote yesterday: “I don’t think Trump cares about religious liberty.  But he is very good at saying the kinds of things that will keep conservative evangelicals on board the Trump train.”

First, Trump’s executive order does not repeal the Johnson Amendment. Despite what the POTUS says, the IRS still has the right to remove the tax-exempt status of a church that has a pastor who endorses or opposes a political candidate.

Second, the order does nothing to “exempt some religious organizations” from the Obamacare contraception mandate.

Third, it says nothing about the threats to religious organizations that uphold traditional views on marriage.

As veteran religion reporter Terry Mattingly informs us, the American Civil Liberties Union thought the order was so void of meaning that it felt there was no need to file a lawsuit against it.  Here is a taste of the ACLU press release:

After careful review of the executive order covering the Johnson Amendment signed by President Trump today, the American Civil Liberties Union has determined not to file a lawsuit at this time.

“Today’s executive order signing was an elaborate photo-op with no discernible policy outcome. After careful review of the order’s text we have determined that the order does not meaningfully alter the ability of religious institutions or individuals to intervene in the political process. The order portends but does not yet do harm to the provision of reproductive health services.

“President Trump’s prior assertion that he wished to ‘totally destroy’ the Johnson Amendment with this order has proven to be a textbook case of ‘fake news.’

As I have been writing here at The Way of Improvement Leads Home, there are internal divisions in the Trump White House over religious liberty.  Mike Pence is on the conservative evangelical side.  Ivanka Trump and Jared Kushner are on the other side. This executive order suggests that the Ivanka/Kushner camp has the upper hand.

The religious liberty executive order is meaningless. No substantive protections for conscience. A betrayal. Ivanka and Jared won. We lost. https://t.co/Xn94KWTKPX

And then there are all of the court evangelicals–the men and women swayed by the power of the presidency.:

And there is more:

A lot was accomplished today at the White House on the #NationalDayofPrayer. https://t.co/ykY6rwe7RP

Liberty University president Jerry Falwell Jr. told Fox News Radio that the executive order “proves to me President Trump’s a man of his word.”  (Did he read it?).  He also suggests that he can now speak politically on behalf of Liberty University and doesn’t always have to preface his remarks by saying that he is only speaking as an “individual” and not as a representative of the institution he presides over.