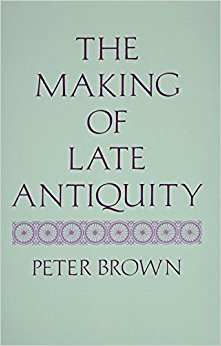 I just came across this article on historian and St. Augustine biographer Peter Brown in The Daily Princetonian.

Here is a taste of Rudy Shao’s piece:

Brown retired with the title of Philip and Beulah Rollins Professor of History in 2011. The University then split his job into two, assigning the Eastern half of the Mediterranean to Tannous and the Western half to Reimitz, according to Sahner.

Nevertheless, Brown’s productivity continues. Every day, he wakes up at 4 a.m. He then studies up to three languages, each for an hour, using books and recordings.

Language learning constitutes Brown’s main hobby. He dismissed his familiarity with over 20 languages as “not so difficult,” given the numerous cognates involved. “I speak as many as I need for traveling,” he said.

Next, he takes a walk in a local park, where he passes dogs that he later describes to Betsy. Finally, he reads historical texts intensively, relaxing the pace of his schedule as the day wears on.

Fifty years after the publication of his first book, “Augustine of Hippo,” Brown is researching a book on the meaning of the Christian notion of universalism in late antiquity.

“What did it mean to preach to all nations? Did they really think they could convert everybody, or simply bring the gospel to everybody? Those are two different questions,” he said. He added that he is also writing an autobiography, based on his old papers and teaching notes.