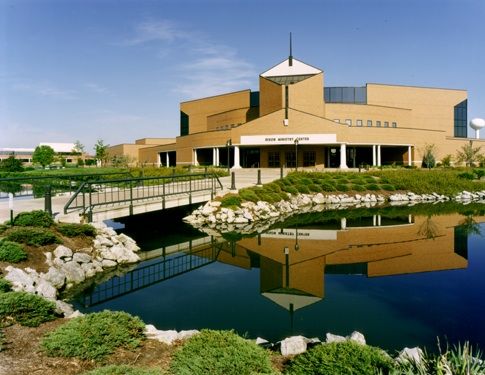 Yesterday we reported on the racist shenanigans at Southwestern Baptist Theological Seminary.  Today, the conservative evangelical Cedarville University is in the news.
Here is a taste of Christianity Today’s coverage of Cedarville’s new “Philippians 4:8” policy:

Cedarville, a buttoned-up Baptist school with a 130-year Christian history, is not the kind of place where professors assign Fifty Shades of Grey or anything close. But administrators want to err on the side of caution. This means, for example, that now an R-rated movie like Schindler’s List cannot be shown in its entirety, nor can students put on plays that include swear words.

In its Biblically Consistent Curriculum policy, nicknamed for the Apostle Paul’s admonishment to Christians in Philippi, Cedarville has spelled out new guidelines officially barring any materials that “may be considered ‘adult’ in nature, that represent immorality, or that may be a stumbling block to students.”

The move comes as the Ohio school, located between Columbus and Dayton, unfolds a broader, campus-wide campaign to double-down on its biblical identity. At a time when fellow Christian colleges are looking to defy narrow evangelical stereotypes and compete with secular schools, Cedarville is instead deepening its conservative Christian distinctions.

When they heard about the Philippians 4:8 policy through department chairs and town hall meetings last month, faculty in the disciplines most impacted by the restrictions—which cover movies, plays, art, and texts—were frustrated. So were the small group of students who got their hands on a copy of the 1,500-word policy. They wondered: Why were these new rules necessary? How would they be applied?

Christianity Today heard from four current and former Cedarville faculty in the humanities who spoke on the condition of anonymity, citing fear of retaliation toward them or their colleagues for publicly criticizing the administration.

“Faculty in various department meetings were absolutely furious—even faculty who tend to be in favor of the administration’s policies,” said one of the dozens of concerned professors who showed up at the town hall meetings held by administrators in March. “It seems to me the goal is to have a squeaky clean, shiny place—scrubbed clean like a Christian bookstore.”

I guess there will be no classes on “Breaking Bad” at Cedarville.

Cedarville University seems to have chosen to privilege the satisfaction of conservative Christian helicopter parents over the kind of cultural engagement that should be happening at Christian colleges.

It is also worth nothing that there may be a connection between yesterday’s Southwestern Baptist Seminary story and today’s Cedarville story.  Cedarville president Tom White came to the Ohio university from Southwestern Seminary.  White and Southwestern president Paige Patterson appear to see the world the same way.