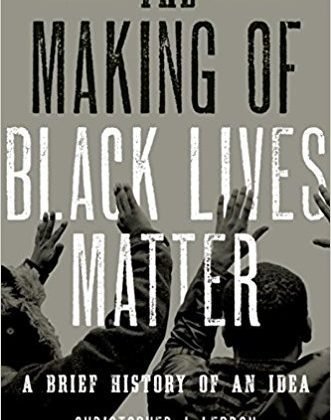 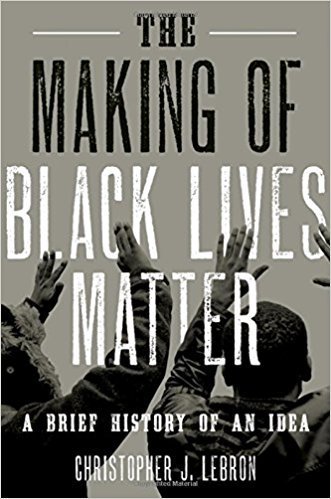 Christopher J. Lebron, a political philosopher at Yale University, is concerned about the future of #BlackLivesMatter.  He believes that the movement lacks an intellectual foundation in black social and political thought.  His book, The Making of Black Lives Matter: A Brief History of An Idea (Oxford University Press), tries to remedy this problem.
Lebron’s work is the subject of Marc Parry’s recent piece in The Chronicle of Higher Education.
Here is a taste:
To appreciate what distinguishes Lebron’s approach, start with the speech that first exposed his writing to a mass audience. It was January of 2015, and Lebron was invited to commemorate Martin Luther King Day at a YWCA in the affluent New York City suburb of Greenwich, Conn. Michael Brown had been shot dead in Ferguson, Mo., the previous August. In subsequent testimony, the police officer who killed Brown, Darren Wilson, portrayed the 18-year-old in quasi-bestial terms as a hulking, wild-eyed “demon.” The month before Lebron’s talk, a New York City grand jury declined to indict the police officer who had choked to death another unarmed black man, Eric Garner.
Lebron decided that the best way to honor King was to question the character of his mostly white audience. He did so by borrowing a page from Frederick Douglass. In one of Douglass’s most famous speeches, “What, to the Slave, Is the Fourth of July?” the slave-turned-abolitionist shamed whites for celebrating their freedoms while sustaining slavery. Lebron, like Douglass, opened his remarks by stressing the distance between the world of his audience and his own origins in a Puerto Rican family from the Lower East Side of Manhattan — a personal trajectory that, at various points, exposed him to welfare, food stamps, and unemployment. And, again like Douglass, he shamed his listeners for celebrating King’s achievements while blacks continued to suffer police brutality, job discrimination, and the segregation of schools and neighborhoods.
The persistence of these ills “indicates the eagerness with which white Americans have adopted the idea that securing racial justice was a matter of the passing of a law and the martyrdom of a great man,” he later wrote in a column based on the speech that appeared in The Stone, a philosophy series in The New York Times. “But this clearly will not do.”
That Times piece whetted the publisher interest that led to Lebron’s slim but ambitious new book. The study’s premise is that the sentiment “Black Lives Matter” represents a desire for civic equality and human respect as old as the push to end slavery. It pivots around a question: How can earlier black struggles for acknowledgment inform that same fight today?
Lebron answers that by extracting a collection of “radical lessons” from eight black thinkers. Through Douglass and Ida B. Wells, an anti-lynching crusader, he highlights the power of forcing Americans to face the gulf between their stated ideals and their brutal treatment of blacks (lesson: shameful publicity). He analyzes how Langston Hughes and Zora Neale Hurston changed perceptions of African-Americans through literature that revealed the richness of black culture (lesson: countercolonization of the white imagination). To get at issues of gender and sexuality, he focuses on Anna Julia Cooper, a civic and educational leader who saw the improved position of black women as central to the betterment of her race, and Audre Lorde, a lesbian poet who stressed the importance of embracing one’s full identity (lesson: unconditional self-possession).
Lebron pits the thinkers he admires against four black public intellectuals whose ideas he opposes: Thomas Sowell, Randall Kennedy, Glenn Loury, and John McWhorter. In Lebron’s view, they have absorbed the wrong lessons of “white liberalism,” by which he means the idea of rugged individualism. They have perverted that notion into an insidious black conservatism that says African-Americans need to look for the source of their woes apart from whites.
Read the entire piece here.