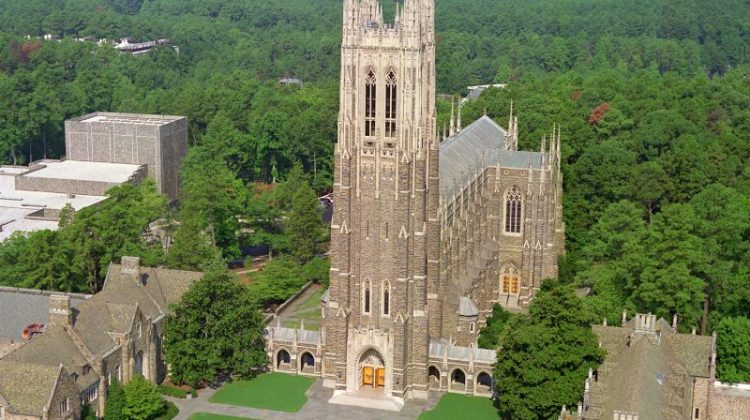 George Mellgard is graduating from Duke University next month with a degree in Classics.  It sounds like he is heading to medical school.
Here is a taste of his story from the pages of the Duke student newspaper, The Chronicle.
When I first came to Duke, I knew I wanted to take the pre-medicine route. I enjoyed both sciences and the humanities and thought the path of a doctor was most suited for exploring my interests. Therefore, I decided that, like the model pre-medicine student, I wanted to major in Neuroscience or Biology.
It was not until second semester that a friend of mine challenged me to take a risk. At the time, I was taking Roman History and had expressed to him my excitement at taking courses in the Classics. He suggested that rather than major in the sciences, I pursue a non-traditional major that I consider majoring in the Classics.
While I first wrote him off as being idealistic, I eventually found that this non-traditional route was not merely a possibility, but something that I actually wanted to pursue. The rest will hopefully be history, since I hope to graduate in less than a month with a major in the Classics and having fulfilled the necessary requirements for pre-medicine.
Majoring in the Classics has provided me with an experience entirely different than the sciences. It has taught me to look to the past to inform myself about our present situation. It has also provided me with guiding principles not only for learning but also for how to live life. However, my college academic path could have very easily taken a different route had I not been pushed to seek something different.
For this column I want to talk about the ways in which we choose classes and learn at this university. After all, while I value my major, it does not directly relate to my chosen professional path. For many, classes serve not as a way to learn but as a means to an end. We take classes so that we can get that easy A, fulfill that ALP or QS and to ensure that we are able to get that pre-professional summer internship.
In fact, ask almost any student here about why they are taking their current classes and you will get something along the lines of “because I have to” or “because I should.” Less often than not will the answer be because “I want to.”
While it is important for us to consider our future careers and overall performance, we turn to the more nuanced purpose of learning today. What I hope tomorrow’s students avoid is picking a predetermined path or class for the sake of their future—for dodging risks or the Math Department in favor of the clearer and defined road.
Taking this road is understandable. After all, there will always be the sense of dread or the lingering suspicion that taking the risky class is a luxury just not afforded to the average Duke student. But taking that easy path prevents us from experiencing our authentic self, or even worse prevents us from discovering what might be our true calling in life.
Read the entire piece here.