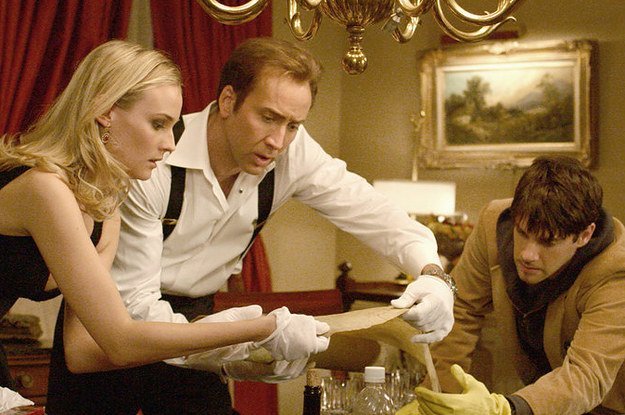 Read all about it at The New York Times.  Harvard University professor Danielle Allen discussed her find yesterday at the Yale University conference honoring Bernard Bailyn. She thinks the mid-1780s parchment was copied by order of James Wilson.

Here is a taste of Jennifer Schuessler’s story on the find:

Archival research doesn’t get much more exciting than the 2004 heist movie “National Treasure.” Nicolas Cage, playing a historian named Benjamin Franklin Gates, discovers a coded map on the back of the Declaration of Independence. Globe-spanning intrigue ensues — accompanied, offscreen, by a tsunami of eye-rolling by actual historians.

But now, in a bit of real-life archival drama, a pair of scholars are announcing a surprising discovery: a previously unknown early handwritten parchment of the Declaration, buried in a provincial archive in Britain.

The document is the only other 18th-century handwritten parchment Declaration known to exist besides the one from 1776 now displayed at the National Archives in Washington. It isn’t an official government document, like the 1776 parchment, but a display copy created in the mid-1780s, the researchers argue, by someone who wanted to influence debate over the Constitution.

It may not hold the key to a Masonic conspiracy, as in “National Treasure.” But its subtle details, the scholars argue, illuminate an enduring puzzle at the heart of American politics: Was the country founded by a unitary national people, or by a collection of states?

“That is really the key riddle of the American system,” said Danielle Allen, a professor of government at Harvard, who discovered the document with a colleague, Emily Sneff.

That riddle has bedeviled American history, from debates over Southern secession to calls to abolish the Electoral College today. And it was the burning question in the mid-1780s, when the American experiment was at risk of falling apart, and the push for a federal constitution, creating a strong national government (with, crucially, the right to tax), gained steam.

The new parchment will hardly end the argument. But it “really shifts our understanding in how the nationalist position emerged,” Ms. Allen said.

It remains to be seen what scholars will make of the discovery, which will be announced on Friday at a conference at Yale. A paper, posted online, runs through a wealth of textual and material evidence supporting the claim that the document, while found in Britain, was created in America in the 1780s. Ms. Allen and Ms. Sneff’s conference presentation will focus on their leading candidate for person behind it: James Wilson, a Pennsylvania lawyer and one of the strongest nationalists at the 1787 Constitutional Convention, who probably commissioned the parchment.

Some historians who have previewed their research are impressed.

“The sleuthing they’ve done is just remarkable,” said Benjamin Irvin, an associate professor of history at the University of Arizona and the author of “Clothed in Robes of Sovereignty,” a 2011 study of the Continental Congress. The identification as American, from the mid-1780s, he added, “looks pretty watertight.”