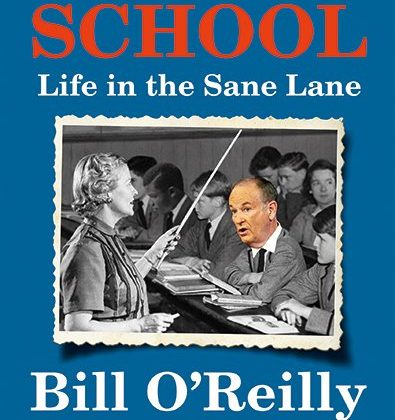 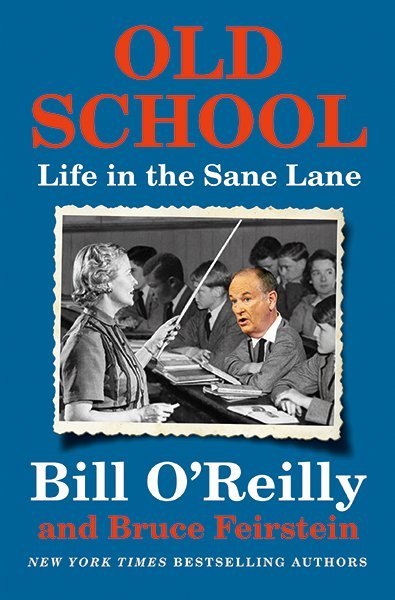 As I write this Bill O’Reilly’s recent book Old School: Life in the Sane Lane is ranked number 19 in sales at Amazon. That is pretty good.  I imagine O’Reilly’s firing from Fox might be energizing some of his so-called “base.”  It would be interesting to have some data on the overlap between fans who still stand behind O’Reilly after the sexual harassment allegations and those who voted, and continue to support, Donald Trump.
When I learned O’Reilly was in trouble I decided to learn a little bit more about Old School.  I read the free excerpt available on Amazon. In chapter 1, O’Reilly writes:
I will concede that America will never go back to the Old School curriculum that many Baby Boomers experienced.  Not gonna happen with so many lawyers running wild.
Here’s what I am talking about.
If I’d worn a bicycle helmet when I was a kid, I would have been mocked beyond belief, and the helmet would immediately have been taken off my head and placed somewhere far away.  Maybe Rhode Island.
If my mom had defended me after a kid-on-kid altercation, I could never have left the house again.
If my dad had yelled at the Little League coach, air might have left the tires of our family car.
If I’d borrowed money from another kid to buy a Three Musketeers and didn’t pay it back, no one would have played with me.
If a kid kicked someone in a fight, he was blacklisted.  Only fists, and no hitting when someone was down.
If a girl cursed, silence ensued.  For a long time.  And boys never bothered girls because of the “Brother and His Large Friends” rule
I definitely “get” the world of O’Reilly’s Long Island childhood. I can relate to some of it. It was similar to how I grew up as a working-class kid in northern New Jersey.  We can debate whether or not there was anything good or virtuous about this world, but that would require a few more posts.  Whatever the case, this world shaped people like me and O’Reilly.
At the end of chapter one of Old School O”Reilly writes: “It is not Old School to live in the past, but remembering how things were as opposed to how things are now is a required course. So let’s get started.”  This seems disingenuous.  I’ve watched some of O”Reilly’s television show and know that for all his talk about not living in the past he actually does believe that the world of his childhood was better than today’s world. He wants to reclaim it.
And perhaps there are some things to reclaim from this past.  But the former history teacher and writer of several books about “killing” historical figures fails to recognize that times change.
We know that bicycle helmets save lives.
It is a good thing for parents to step-in when bullying occurs.
Parents still yell at Little League games, but the kind of local justice and thuggery that might lead one to let the air out of the tires of a disgruntled Little League parent”s car makes for an unhealthy neighborhood.
And apparently the “girls” O’Reilly harassed at Fox didn’t have big brothers or “large friends.” Hey, maybe the “Brother and His Large Friends” rule is a good one.  If this rule was still in operation today O”Reilly would not only be out a job, but he might also have a bloodied nose and few broken bones. 🙂
O’Reilly is learning his lesson in change over time the hard way.  But I am guessing he’ll be back.  The audience for this kind of Baby Boomers nostalgia is huge.