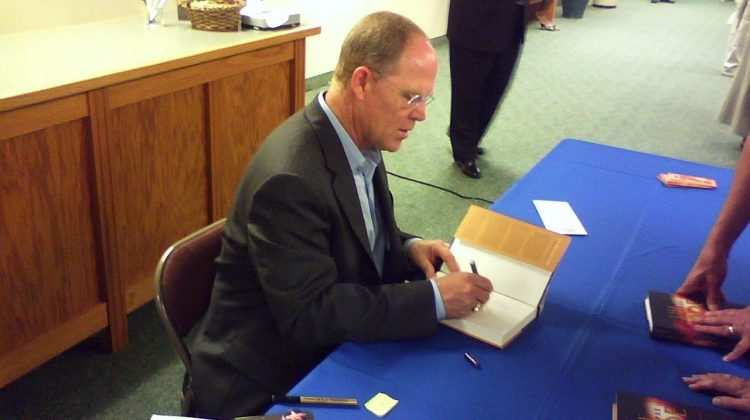 If you are an evangelical, you are probably familiar with Hank Hanegraaf, aka “The Bible Answer Man.”
Christianity Today reports:

The former Protestant is well known among evangelicals as the Bible Answer Man. Since 1989, Hanegraaff has been answering questions on Christianity, denominations, and the Bible on a nationally syndicated radio broadcast.

A champion of evangelical Christianity, he’s best known for arguing against cults, heresies, and non-Christian religions. His 20 books include titles like Christianity in Crisis, Counterfeit Revival, and The Kingdom of Cults [revised with Walter Martin].

Part of being the Bible Answer Man also includes running the Christian Research Institute (CRI), an apologetics ministry that Hanegraaff has been president of since 1989.

This week, Hanegraaff spent some of his airtime answering questions about his decision to leave Protestantism for Orthodoxy.

“People are posting this notion that somehow or other I’ve walked away from the faith and am no longer a Christian,” Hanegraaff said on his Tuesday broadcast. “Look, my views have been codified in 20 books, and my views have not changed.”

Today, the Baptist Press is reporting that Hanegraaf’s conversion may have cost him his job.  It turns out that the Bott Radio Network, which has broadcast his show since 1989, is removing “The Bible Answer Man” from the airwaves to make room for the likes of David Barton and others.  According to Richard P. Bott II, the president of the Bott Radio Network, “we want to make sure that our listeners know that the programming that we have on Bott Radio Network is thoroughly biblical.”

Read the entire Baptist Press article here.  Apparently Eastern Orthodox Christians are not not “biblical” enough for the folks at Bott Radio.