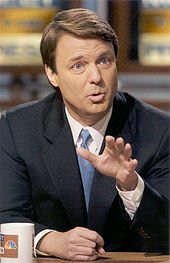 Earlier today I was reading a Newsweek article titled “America’s Disgraced Politicians: Where Are They Now?”  Several of these disgraced politicians were forced to leave office or surrender influence in society because of sex scandals of one variety or another.
Idaho congressman Larry Craig solicited sex in a men’s restroom. John Edwards had an affair and a baby with a campaign staffer.  Congressman Mark Foley sent sexually-explicit photos to teenage boys.  Dennis Hastert paid millions of dollars in hush money to a boy he sexually abused.  Congressman Eric Massa sexually harassed members of his staff.  New York Governor David Paterson had a long history of extramarital affairs.   His predecessor, Eliot Spitzer, made regular visits to high-priced prostitutes.  Congressman Anthony Weiner sent inappropriate selfies to a woman who was not his wife.
And I am sure we can add more to this list.
As I noted above, the careers of these men suffered as a result of their sexual indiscretions.  For many of them, their careers in the public eye came to an end.  They suffered the consequences of their actions.
But that was then.
Today we have a president who has had multiple affairs, brags about his sexual prowess, and dismisses sexual harassment charges from his past as politically motivated.
And then there is Bill O’Reilly.  Though he is not a politician, his case is still worth noting.
It was recently discovered that five women have accused the Fox News personality of sexual harassment.   Yet his recent book, Old School: Life in the Sane Lane, is a best-seller, currently #8 at Amazon.  As this Boston Globe article points out, the book “is billed as a defense of traditional values and includes advice on how men should treat women respectfully, not as sex objects.”
Though politicians and public figures have always done this kind of thing, there was a time, even recently, when such behavior, if made public, was detrimental to one’s success or career ambitions.  No more.  I guess we can no longer expect character to be a qualification for office.
Perhaps this will be a question of “change over time” for future historians.  Perhaps they will see the change as having something to do with the election of Donald Trump.
If you appreciate this content, please consider becoming a Patron of Current.