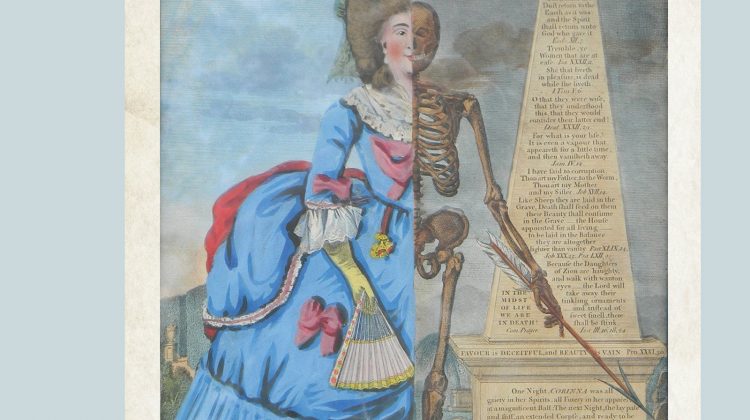 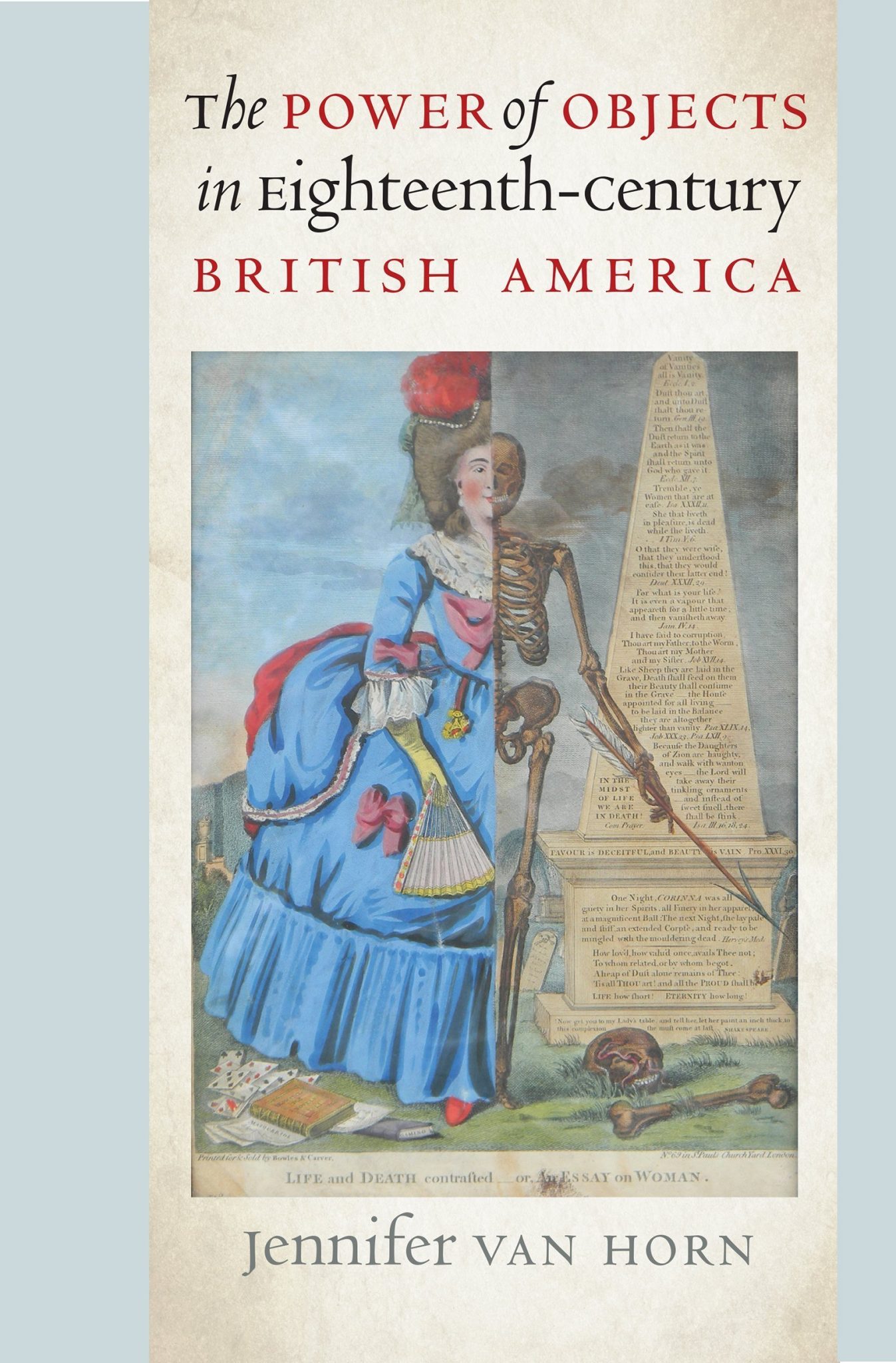 Jennifer Van Horn is Assistant Professor of Art History and History at the University of Delaware. This interview is based on her new book, The Power of Objects in Eighteenth-Century British America (The University of North Carolina Press, 2017).
JF: What led you to write The Power of Objects in Eighteenth-Century British America?
JVH: The genesis of this book came from my surprise at the difference between two portraits. I was looking at two paintings of early American women completed by the same artist (John Wollaston) in two different places: New York City and Charleston, South Carolina. I was intrigued by why Wollaston, a British painter who toured the American colonies, painted such radically dissimilar portraits of these women (different poses, different costumes, different sized canvases). Both sitters were elite women who wanted to signal their politeness through their portraits so what led them to do so in very different ways? This question got me thinking about the uses that elite residents of port cities had for objects of many sorts (portraits, dressing tables, gravestones). Eventually I concluded that the similarities between objects made in specific port cities were visual bonds that allowed colonists to cohere into communities. By assembling networks of similar objects early Americans created civil spaces at the margins of empire. It was through their relationships with artifacts that Americans constructed a nation.
JF: In 2 sentences, what is the argument of The Power of Objects in Eighteenth-Century British America?
JVH: Artifacts were key players in forming Anglo-American communities in early America and eventually of citizenship. Consumers in port cities assembled networks of objects (from portraits and city views to gravestones, dressing furniture, and prosthetic devices) not simply as markers of status or political identification, but as active agents to bind themselves together and to distance themselves from Native Americans and African Americans.
JF: Why do we need to read The Power of Objects in Eighteenth-Century British America?
JVH: On the whole, in history we don’t talk about objects well. Historians tend to use material or visual culture (artifacts or art works) to illustrate the arguments that they have already figured out using documentary evidence. But if you read this book you will see that when we take objects seriously and use them as evidence (in tandem with documentary sources, but not subsidiary to them) objects have a lot to tell us about people in the past. Take Gouverneur Morris’s wooden leg, for example. Morris’s wooden leg—donned after a brutal carriage accident—is the only lower limb prosthesis to survive from early American and it contains many stories: fears over men’s virility in the early republic, Americans’ positioning of themselves as virtuous through physical props, concern over material things’ power over people, and, finally, how Morris could stand in for George Washington as a model for the most famous sculpture of the first president. It can be hard work to study material artifacts; it takes patience and training (just like learning to draw evidence from different types of documents), but the pay-off is great.
JF: When and why did you decide to become an American historian?
JVH: I fell in love with the artifacts made and used in early America in graduate school. Getting a master’s degree in the Winterthur Program at the University of Delaware (WPEAC) and having the chance to explore the unbelievable collections at Winterthur Museum sold me on material culture and the study of the past. Material artifacts are like time capsules that we can open in the present. The people who made them and who used them left their hopes and fears, their opinions and world views, in plain sight just waiting for someone to come along and take the time to look closely. And I’m really pleased that some of the artifacts I first encountered in graduate school appear in the book. I have been thinking about them for a long time!
JF: What is your next project?
JVH: My next project examines the role enslaved African Americans played as producers, viewers, and destroyers of portraits in the eighteenth and nineteenth-century plantation South. The book recovers the actions of enslaved people on both sides of the canvas: as laborers who ground pigments in painters’ studios and as enslaved domestic workers who stared upon slave holders’ portraits and formed their own creative understandings of these artworks. In particular, looking at portraits that include representations of enslaved people illuminates how these likenesses functioned differently for various audiences, white and black; paintings allowed some viewers to re-assert slaves’ status as property and enabled others to affirm enslaved people’s humanity. Following the interrelationship between African Americans and art into the Civil War, I consider the importance portraiture held for freedmen and women who engaged in acts of iconoclasm—destroying and repurposing former masters’ paintings—and of patronage as they commissioned portraits themselves. Overall, the book uncovers enslaved people’s acts of artistic resistance.
JF: Thanks, Jennifer!