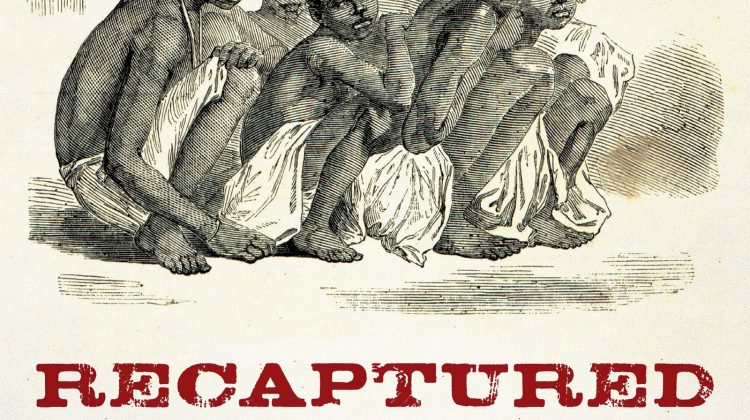 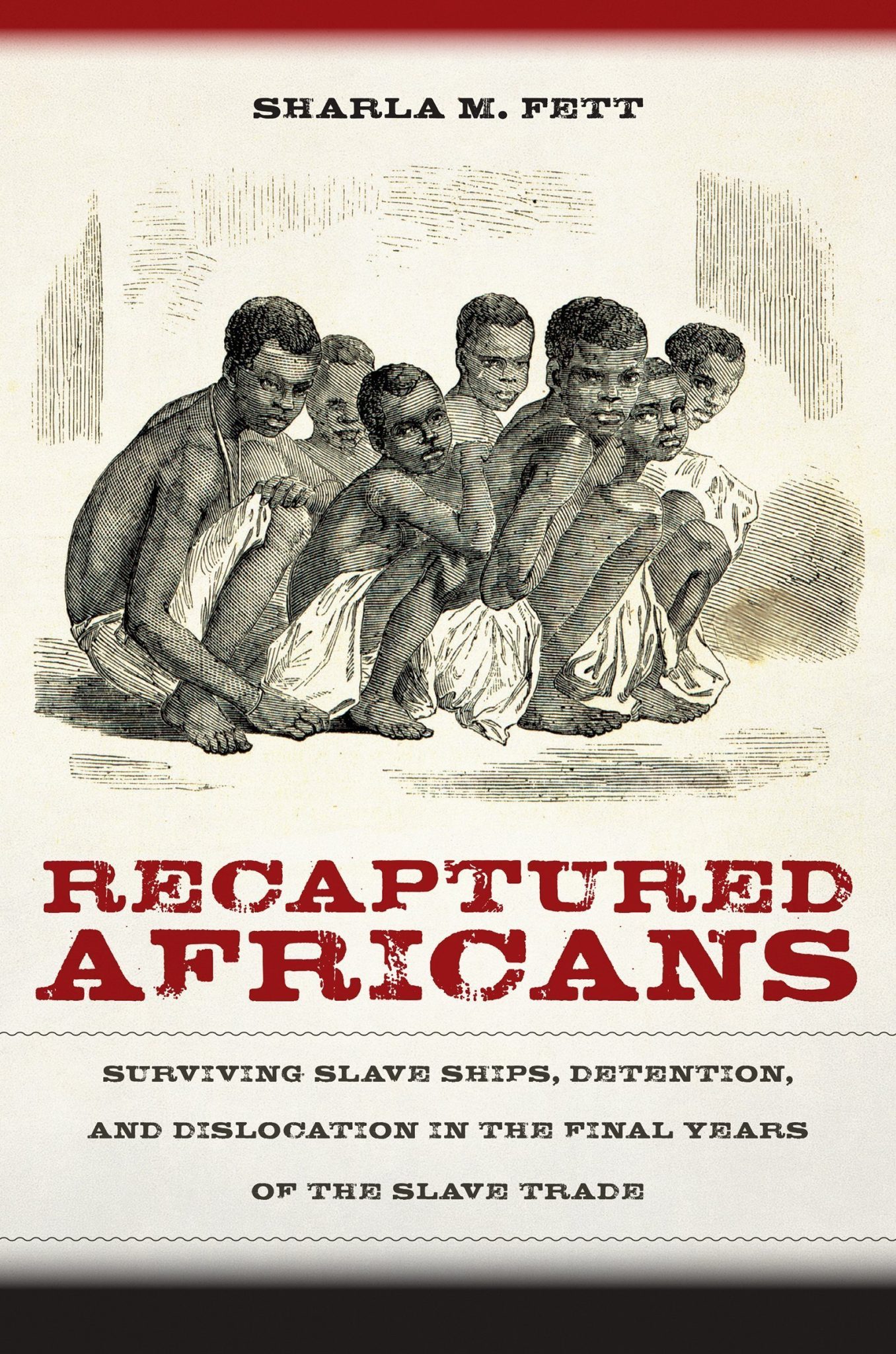 Sharla M. Fett is Professor of History at Occidental College. This interview is based on her new book, Recaptured Africans: Surviving Slave Ships, Detention, and Dislocation in the Final Years of the Slave Trade (The University of North Carolina Press, 2017).
JF: What led you to write Recaptured Africans?
SF: This book has deep roots! While I was researching my dissertation, which became Working Cures, archivists at the Virginia Historical Society showed me a ship log written by a white doctor serving as a U.S. agent traveling with recaptive Africans to Liberia.  Then I learned that the recaptive men, women, and youth on that particular ship had been sold to slave smugglers working at the mouth of the Congo River.  In fact, Harper’s Weekly had published a large engraving of these same West Central African recaptives aboard the slave ship Wildfire upon their 1860 arrival in Key West, Florida. Together, the doctor’s log and the Harper’s image struck me deeply on a personal and intellectual level.  As a child of medical missionaries, I had visited the coast where the massive Congo River pours into the Atlantic.  The devastating history that linked those childhood memories to recaptives’ enslavement and displacement spurred me to learn more about recaptive African journeys resulting from U.S. slave trade suppression efforts. I also wanted to understand how illegal transatlantic slave trafficking—often sidelined in American history—shaped the turbulent politics of slavery in the years before the Civil War. So, the seeds of this book were planted quite a few years ago. By the time I finally began to work on the book in earnest, Atlantic world scholarship had expanded considerably, aided by digital history collaborations such as the Voyages: Trans-Atlantic Slave Trade, African Origins and Liberated Africans databases.  This new scholarship offered essential context for the particular stories I traced.
JF: In 2 sentences, what is the argument of Recaptured Africans?
SF: This book argues that recaptive African youth and adults, rather than being “liberated” upon their release from illegal slave ships, entered a new phase of captivity defined by death, forced migration, and U.S. racial politics.  Under these conditions, shipmate relations between recaptives vitally shaped the particular strategies by which both child and adult slave ship survivors attempted to rebuild their social worlds in the midst of profound displacement.
JF: Why do we need to read Recaptured Africans?
SF: 2017 is a significant year for considering how long and difficult the road to a just emancipation can be.  For some time now, scholars like Saidiya Hartman have challenged the idea of a clear transition from the time of slavery to the time of freedom.  That was certainly the case for African children, women and men seeking to survive their “recapture” from illegal slave ships.  Their story underscores the human costs of slave trade suppression practices molded by U.S. racial inequality and political conflicts over slavery.  Many historical studies have looked at antebellum slavery politics primarily through the lens of sectional battles over domestic slavery.  By showing how Atlantic world slaving and emancipation deeply shaped responses to hundreds of African recaptives in U.S. custody, Recaptured Africans offers readers a new perspective on U.S. slavery debates in a much broader geographic context.
JF: When and why did you decide to become an American historian?
SF: As I tell my students at Occidental College, I don’t study history to bury myself in the past, but instead to understand our current world better, to gain perspective on American histories of race and slavery, and to broaden my vision of alternative paths humans can take in our troubled times.   Although I majored in Biology as an undergraduate, I always felt the pull of my elective classes in history, anthropology and politics. I credit my Carleton College history professor Robert Bonner for helping me discover that history was about interpretation not memorization of facts. After several years of high school science teaching and non-profit work, I finally took the plunge and applied to graduate school, pursuing a PhD in American History. I was lucky to take classes from Estelle Freedmen in women’s history during my MA program at Stanford.  At Rutgers, the opportunity to work with Suzanne Lebsock and Deborah Gray White affirmed my interest in U.S. southern history, women’s history, and the history of slavery.  I was particularly drawn to the study of antebellum U.S. slavery, a field at the time defined by imaginative new studies of enslaved community and culture.  The diasporic dimensions of African American history and the Atlantic World context for slavery studies became increasingly important in my research.  Recaptured Africans reflects my interest in how displaced Africans individually and collectively, navigated the daily realities of their condition resulting from the large-scale developments of Atlantic slaving and its abolition.
JF: What is your next project?
SF: In the long term, I have interests in exploring African American involvement with Belgian Congo between the 1880s and 1930s, especially in regard to Black women missionaries whose lives bridged the periods of American slavery to European colonization of Africa.  Currently, I’m working on several projects in American women’s history, including Black women’s activist networks and the nineteenth-century Colored Convention movement in California, in conjunction with the national digital humanities Colored Conventions Project.  Mid-nineteenth-century California is another venue where the fictions of the “free state” can be critically examined through studying the history of Black thought and collective action.