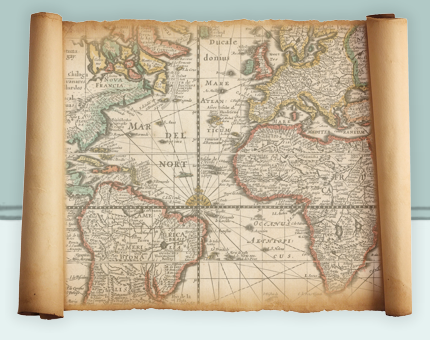 Donald Trump’s current budget proposal will eliminate government funding for the humanities.  This means that local communities and American citizens will need to come up with other ways to fund programs like this:
If you teach or write about slavery you need to be aware of the Trans-Atlantic Slave Trade Database.  The database has information about nearly 36,000 slave voyages to the Americas.
Here is a description:
From the late 1960s, Herbert S. Klein and other scholars began to collect archival data on slave-trading voyages from unpublished sources and to code them into a machine-readable format. In the 1970s and 1980s, scholars created a number of slave ship datasets, several of which the current authors chose to recode from the primary sources rather than integrate the datasets of those scholars into the present set. By the late 1980s, there were records of approximately 11,000 individual trans-Atlantic voyages in sixteen separate datasets, not all of which were trans-Atlantic, nor, as it turned out, slave voyages. And of course, some sets overlapped others. Several listings of voyages extracted from more than one source had appeared in hard copy form, notably three volumes of voyages from French ports published by Jean Mettas and Serge and Michelle Daget and two volumes of Bristol voyages (expanded to four by 1996) authored by David Richardson. The basis for each dataset was usually the records of a specific European nation or the particular port where slaving voyages originated, with the information available reflecting the nature of the records that had survived rather than the structure of the voyage itself. Scholars of the slave trade spent the first quarter century of the computer era working largely in isolation, each using one source only as well as a separate format, though the Curtin, Mettas, and Richardson collections were early exceptions to this pattern.
The idea of creating a single multisource dataset of trans-Atlantic slave voyages emerged from a chance meeting of David Eltis and Stephen Behrendt in the British Public Record Office in 1990 while they were working independently on the early and late British slave trades. At about the same time, David Richardson was taking over detailed multisource work on the large mid-eighteenth-century Liverpool shipping business begun years earlier by Maurice Schofield. All this work, together with the Bristol volumes that Richardson had already published, made it seem feasible to integrate the records for the very large British slave trade for the first time, and beyond that, given the available Dutch, French, and Portuguese data, to collect a single dataset for the trade as a whole. Meetings in January, 1991 at the American Historical Association and, in 1992, at the W. E. B. Du Bois Institute for Afro-American Research at Harvard University, headed by Professor Henry L. Gates, Jr resulted in grant proposals to major funding agencies. In July 1993 the project received funding from the National Endowment for the Humanities with supplementary support coming from the Mellon Foundation.
Read more about this website here.
In 2016 the National Endowment for the Humanities provided funding to improve the database and add new records.
For other posts in this series click here.