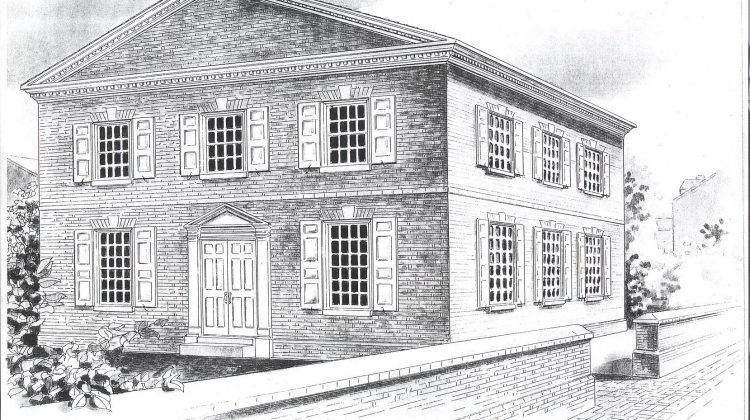 I am afraid that this series is no longer “short” (at least by blog standards).  If you want to get up to speed click here for earlier installments.
As we have noted before, the Pennsylvania Constitution of 1776 was very democratic in nature.  This is what I wrote in Part 1 of this series:
The Pennsylvania Constitution of 1776 was the most democratic state constitution in the newly established United States.  It had a unicameral legislature and a plural executive.  Power rested in the legislature. While there were other states (Vermont and Georgia) that had unicameral legislatures, the Pennsylvania government was unique because it gave the right to vote and the right to hold office to all males, regardless of wealth or land ownership.  This meant that the one-house legislature was virtually unchecked by a governor or an upper-house.  Members of the legislature had to swear an oath of loyalty to this new government.  Proceedings were open to the public and published in newspapers in both English and German.  This was democracy at work.  Several historians and political scientists have pointed to the influence of Thomas Paine on its framers.
Historians of the American Revolution, especially those from the Neo-Progressive historiographical school, like to point to the Pennsylvania Constitution of 1776 as an early experiment in democracy.
For example, here is historian Gary Nash:
…the ideas embedded in the radical constitution of 1776 lived on.  Reflecting the full flowering of democratic thought in the Revolutionary Era and standing as a prime example of the revolution within the Revolution, it inspired lawmakers around the world.  Unicameralism, with its insistence that a true democracy should make no distinction between the haves and have-nots as represented in upper and lower legislative houses, spread around the world.  It was acclaimed and implemented in revolutionary France and is how law is made today in Nebraska, Guam, the Virgin Islands, Hong Kong; in all of Australia and Canada’s provinces: in the legislative bodies of Scotland, Wales, and Northern Ireland; in Italy and Spain; and in almost all socialist states.  Most important, the broadening franchise, in which land ownership is not required for first-class citizenship, in time 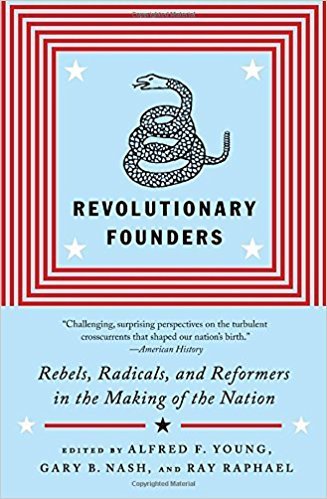 became the gold standard nationwide and gradually spread aborad as the most important legacy of the sparks from Pennsylvania’s altar of ’76.  Philadelphia’s radical caucus had changed Pennsylvania’s position on independence at a crucial moment in the summer of 1776, and in the process had turned Pennsylvania into a people’s republic. —Gary Nash, “Philadelphia’s Radical Cause That Propelled Pennsylvania to Independence and Democracy,” in Ray Raphael, Alfred Young, and Gary Nash, ed., Revolutionary Founders: Rebels, Radicals, and Reformers in the Making of the Nation.
Nash is correct.  The  Pennsylvania Constitution of 1776 was radical.  But what he fails to mention is that for many of these members of the convention this kind of progressive democracy had its limits.
Here is Section 10:
A quorum of the house of representatives shall consist of two-thirds of the whole number of members elected; and having met and chosen their speaker, shall each of them before they proceed to business take and subscribe, as well the oath or affirmation of fidelity and allegiance hereinafter directed, as the following oath or affirmation, viz:
I do swear (or affirm) that as a member of this assembly, I will not propose or assent to any bill, vote, or resolution, which stall appear to free injurious to the people; nor do or consent to any act or thing whatever, that shall have a tendency to lessen or abridge their rights and privileges, as declared in the constitution of this state; but will in all things conduct myself as a faithful honest representative and guardian of the people, according to the best of only judgment and abilities.
And each member, before he takes his seat, shall make and subscribe the following declaration, viz:
I do believe in one God, the creator and governor of the universe, the rewarder of the good and the punisher of the wicked. And I do acknowledge the Scriptures of the Old and New Testament to be given by Divine inspiration.
And no further or other religious test shall ever hereafter be required of any civil officer or magistrate in this State.
Yes, the Pennsylvania Constitution of 1776 established a “people’s republic,” but the only people permitted to govern in this “people’s republic” were those who could uphold a belief in the inspiration of the Old and New Testaments.  In other words, the framers only wanted Christians running their commonwealth.
Pennsylvania Jews were not very happy about this.  In 1783, the Council of Censors, a body that met every seven years to suggest amendments to the constitution so that the government would function more efficiently, received a letter from the leaders of Philadelphia’s Mikveh Israel congregation.
Here is a taste of that letter:
That by the tenth section of the Frame of Government of this Commonwealth, it is ordered that each member of the general assembly of representatives of the freemen of Pennsylvania, before he takes his seat, shall make and subscribe a declaration, which ends in these words, “I do acknowledge the Scriptures of the old and new Testament to be given by divine inspiration,” to which is added an assurance, that “no further or other religious test shall ever hereafter be required of any civil officer or magistrate in this state.”
Your memorialists beg leave to observe, that this clause seems to limit the civil rights of your citizens to one very special article of the creed; whereas by the second paragraph of the declaration of the rights of the inhabitants, it is asserted without any other limitation than the professing the existence of God, in plain words, “that no man who acknowledges the being of a God can be justly deprived or abridged of any civil rights as a citizen on account of his religious sentiments.” But certainly this religious test deprives the Jews of the most eminent rights of freemen, solemnly ascertained to all men who are not professed Atheists.
They asked the Council of Censors to amend the Constitution:
Your memorialists beg further leave to represent, that in the religious books of the Jews, which are or may be in every man’s hands, there are no such doctrines or principles established as are inconsistent with the safety and happiness of the people of Pennsylvania, and that the conduct and behaviour of the Jews in this and the neighbouring States, has always tallied with the great design of the Revolution; that the Jews of Charlestown, New York, New-Port and other posts, occupied by the British troops, have distinguishedly suffered for their attachment to the Revolution principles; and their brethren at St. Eustatius, for the same cause, experienced the most severe resentments of the British commanders. The Jews of Pennsylvania in proportion to the number of their members, can count with any religious society whatsoever, the Whigs among either of them; they have served some of them in the Continental army; some went out in the militia to fight the common enemy; all of them have cheerfully contributed to the support of the militia, and of the government of this State; they have no inconsiderable property in lands and tenements, but particularly in the way of trade, some more, some less, for which they pay taxes; they have, upon every plan formed for public utility, been forward to contribute as much as their circumstances would admit of; and as a nation or a religious society, they stand unimpeached of any matter whatsoever, against the safety and happiness of the people.
And your memorialists humbly pray, that if your honours, from any consideration than the subject of this address, should think proper to call a convention for revising the constitution, you would be pleased to recommend this to the notice of that convention.
In the 18th-century world democracy had its limits.
Stay tuned.  One or two more posts left in this series.
Bonus feature:  We covered the Mikveh Israel letter in a recent episode of the Virtual Office Hours: