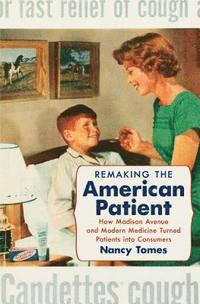 I can now say that I am a student of a Bancroft Prize winner!
I am very excited to learn that Nancy Tomes, one of my graduate school mentors and one of my favorite people in the profession,  is one of three winners of this prestigious prize in American History.
Here a taste of New York Times reporter Jennifer Schuessler’s article on the winners:
Books on the 1971 Attica prison uprising, the enslavement of Native Americans, and the health care system have won this year’s Bancroft Prize, considered one of the most prestigious honors in the field of American history.
Andrés Reséndez, a professor at the University of California, Davis, won for “The Other Slavery: The Uncovered Story of Indian Enslavement in America” (Houghton Mifflin Harcourt), which argues that it was mass slavery at the hands of Spanish conquistadors, rather than epidemics, that devastated the Native American population.
Heather Ann Thompson, a professor at the University of Michigan, won for “Blood in the Water: The Attica Prison Uprising of 1971 and Its Legacy” (Pantheon), which drew on extensive documentation, including some that had never been seen before by scholars, to reconstruct the violent retaking of the prison and its decades-long legal aftermath.
Nancy Tomes, a professor at Stony Brook University, won for “Remaking the American Patient: How Madison Avenue and Modern Medicine Turned Patients Into Consumers” (University of North Carolina Press), which examined the origins of the notion that patients should “shop” for health care.
I took two research seminars with Nancy while doing my doctoral work at the State University of New York at Stony Brook.  In the first seminar I wrote a paper that was eventually published as “Wheelock’s World: Letters and the Communication of Revival in Great Awakening New England,” Proceedings of the American Antiquarian Society (1999).  The second seminar paper I wrote for Nancy resulted in a chapter of my doctoral dissertation on religion in eighteenth-century New Jersey.  Later she served as a member of my dissertation committee (which was directed by Ned Landsman).  Her support and encouragement of my work was invaluable to me as a graduate student hoping to make it in the history profession.
Congratulations Nancy Tomes!