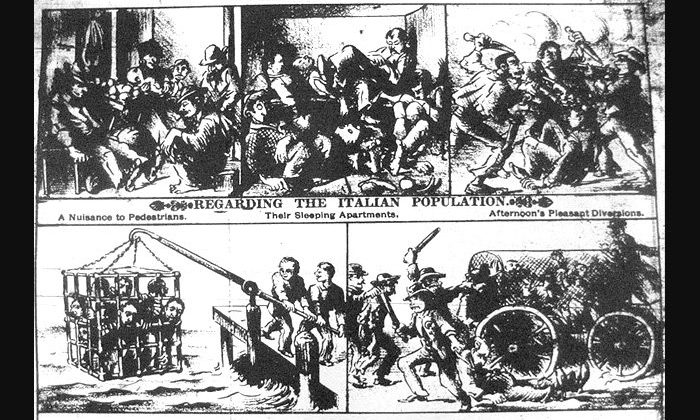 Here is a transcript of the last minute or so:

KING: I’d say they’re all created in the image of God and they’re equal in his eyes. If they’re citizens of the United States they’re equal in the eyes of the law. Individuals will contribute differently, not equally to this civilization and society. Certain groups of people will do more from a productive side than other groups of people will. That’s just a statistical fact.

KING: It’s the culture, not the blood. If you can go anywhere in the world and adopt these babies and put them into households that were already assimilated in America, those babies will grow up as American as any other baby with as much patriotism and love of country as any other baby.

It’s not about race. It’s never been about race. In fact the struggles across this planet, we describe them as race, they’re not race. They’re culture based. It’s a clash of culture, not the race. Sometimes that race is used as an identifier.

This idea that some cultures and races are inferior to others and are thus incapable of making meaningful contributions to American society has a long history in the United States.

Here is Ben Franklin in 1751 writing about the influx of Germans in Pennsylvania:

Those who come hither are generally of the most ignorant Stupid Sort of their own Nation…and as few of the English understand the German Language, and so cannot address them either from the Press or Pulpit, ’tis almost impossible to remove any prejudices they once entertain…Not being used to Liberty, they know not how to make a modest use of it…I remember when they modestly declined intermeddling in our Elections, but now they come in droves, and carry all before them, except in one or two Counties…In short unless the stream of their importation could be turned from this to other colonies, as you very judiciously propose, they will soon so out number us, that all the advantages we have will not in My Opinion be able to preserve our language, and even our Government will become precarious.

Here is King again. This time he is promoting something similar to the racial hierarchies that motivated the 1924 Immigration Restriction Act:

I noticed that King did not include Southern Europeans in his definition of “Western Civilization.”  Yup.  My ancestors have been there.

Why doesn’t King just take his remarks to their logical conclusion by naming those groups that will be less “productive” members of American society.
If you appreciate this content, please consider becoming a Patron of Current.