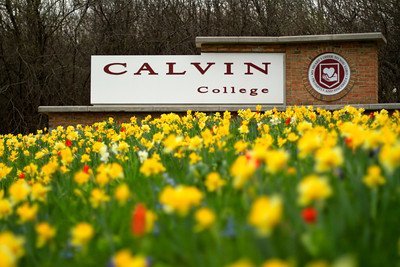 Calvin College, a Christian liberal arts college in Grand Rapids, Michigan, has been getting a lot of attention lately since one of its alums, Betsy DeVos, became Secretary of Education. (I should add that DeVos is not the only Christian college graduate to serve as the country’s chief education officer.  Ernest Boyer, a graduate of Messiah College, was Jimmy Carter’s Commissioner of Education).  Calvin is affiliated with the Christian Reformed Church, a Protestant denomination founded by Dutch Calvinists.
Since Donald Trump picked DeVos, pundits have been trying to make sense of her connection to the Christian Reformed Church and Calvin College.  Some of the attempts at understanding her religious background have been more successful than others.  I still think Abram Van Engen’s piece at Religion & Politics is the best.  His piece is followed closely by Sarah Pulliam Bailey’s article in The Washington Post.
The third best thing I have read on Calvin and DeVos is Emily Deruy’s piece at today’s Atlantic.  Deruy’s essay treats Calvin fairly and does a good job of explaining the school to the left-of-center, upper-middle class, educated readership of the Atlantic.
Here is a taste:
In more than a dozen interviews, professors, students, and alumni of all political stripes painted a picture of a college where intellectual diversity and thought-provoking debate are the norm, and where the belief that followers of the Christian Reformed Church, with which the school is affiliated, have an obligation to engage with the world around them compels both instructors and students to question what they think they know.
“Our faith commits us to engaging the world all around us,” said Kevin den Dulk, a political-science professor who graduated from Calvin in the 1990s, during an interview in the DeVos Communication Center, which sits across from the Prince Conference Center bearing the secretary’s maiden name. (Her mother, Elsa, is also an alum.)
Den Dulk’s words aren’t just PR fluff; it’s a concept borne out by the school’s 141-year history and the Dutch-influenced part of western Michigan it calls home. The Christian Reformed Church is a Protestant tradition that has its roots in the Netherlands and has been deeply influenced by the theologian Abraham Kuyper, a believer in intellectualism—specifically the idea that groups with different beliefs can operate in the same space according to their convictions while respecting and understanding others. “Fundamentalism is really anti-intellectual and Calvin is the exact opposite,” said Alan Wolfe, the author of a 2000 Atlantic piece about efforts to revitalize evangelical Christian colleges.
Read the entire piece here.