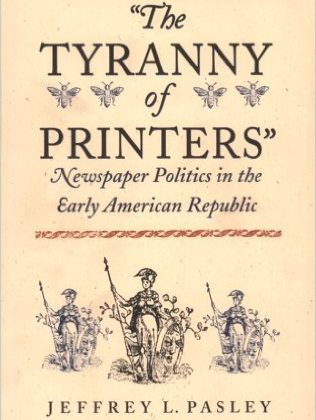 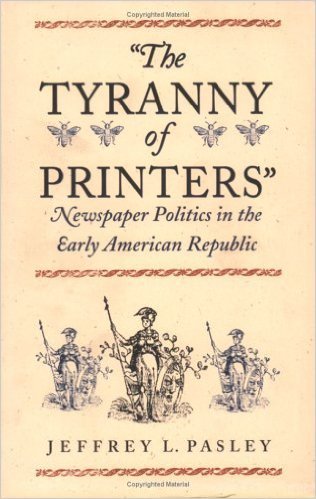 Earlier today, while speaking to a crowd in Florida, Donald Trump referenced Thomas Jefferson in a rant condemning the press and the media.  Here is what he said:

I also want to speak to you without the filter of the fake news. The dishonest media which has published one false story after another with no sources, even though they pretend they have them, they make them up in many cases, they just don’t want to report the truth and they’ve been calling us wrong now for two years. They don’t get it. By they’re starting to get it. I can tell you that. They’ve become a big part of the problem. They are part of the corrupt system. Thomas Jefferson, Andrew Jackson, and Abraham Lincoln and many of our greatest presidents fought with the media and called them out often times on their lies. When the media lies to people, I will never, ever let them get away with it. I will do whatever I can that. They don’t get away with it.

They have their own agenda and their agenda is not your agenda. In fact, Thomas Jefferson said, “nothing can be believed which is seen in a newspaper.” “Truth itself,” he said, “becomes suspicious by being put into that polluted vehicle,” that was June 14, my birthday, 1807….

Trump is correct about Jefferson.  The founding father had his problems with the press. Here are some more Jefferson quotes to prove it:
“I deplore… the putrid state into which our newspapers have passed and the malignity, the vulgarity, and mendacious spirit of those who write for them… These ordures are rapidly depraving the public taste and lessening its relish for sound food. As vehicles of information and a curb on our funtionaries, they have rendered themselves useless by forfeiting all title to belief… This has, in a great degree, been produced by the violence and malignity of party spirit.” –Thomas Jefferson to Walter Jones, 1814. Read the letter and get the larger context here.
“Our printers raven on the agonies of their victims, as wolves do on the blood of the lamb.” –Thomas Jefferson to James Monroe, 1811.  Read the letter and get the larger context here.
From 40. years experience of the wretched guesswork of the newspapers of what is not done in open day light, and of their falsehood even as to that, I rarely think them worth reading, & almost never worth notice. a ray therefore now & then from the fountain of light is like sight restored to the blind. –Thomas Jefferson to James Monroe, 1816. Read the letter and get the larger context here.
Nothing can now be believed which is seen in a newspaper. Truth itself becomes suspicious by being put into that polluted vehicle. The real extent of this state of misinformation is known only to those who are in situations to confront facts within their knowledge with the lies of the day. –Thomas Jefferson to John Norvell, 1807. Read the letter and get some context here.
As for what is not true, you will always find abundance in the newspapers. –Thomas Jefferson to Barnabas Bidwell, 1806. Read the entire letter and get some context here.
So as you can see Jefferson did have his moments with the press.
But Trump is only partially correct.  These quotes need to be considered in context with Jefferson’s other remarks about the press.  Here are a few more Jefferson quotes about the relationship between a free press and the success of the American Republic.  (These are from an earlier post on the subject):
…a hereditary chief strictly limited, the right of war vested in the legislative body, a rigid economy of the public contributions, and absolute interdiction of all useless expences, will go far towards keeping the government honest and unoppressive. But the only security of all is in a free press. the force of public opinion cannot be resisted, when permitted freely to be expressed. the agitation it produces must be submitted to. it is necessary to keep the waters pure. we are all, for example in agitation even in our peaceful country. for in peace as well as in war the mind must be kept in motion.  —Thomas Jefferson to Marquis de Lafayette, November 4, 1823
The most effectual engines for [pacifying a nation] are the public papers… [A despotic] government always [keeps] a kind of standing army of newswriters who, without any regard to truth or to what should be like truth, [invent] and put into the papers whatever might serve the ministers. This suffices with the mass of the people who have no means of distinguishing the false from the true paragraphs of a newspaper.  —Thomas Jefferson to G.K. Van Hogendorp, October 13, 1785
Our liberty cannot be guarded but by the freedom of the press, nor that be limited without danger of losing it. —Thomas Jefferson to John Jay, January 25, 1786.
When faced with this second set of quotes, Trump supporters will probably agree that a free press is important. It is hard to reject the First Amendment.
But Trump supporters would also respond by saying that today’s press is politically biased against the POTUS.  Today’s press “is liberal.”  It is a “problem.”  It is “corrupt.”  Trump supporters would say that Trump’s new “enemy” is not a free press per se, but a free press that he believes to be tainted by opposition politics.
If Trump and his followers want to make such an argument against the press, and use Jefferson to do it, I think it is important for them to realize that today’s mainstream press (CNN, New York Times, Washington Post, the network news, etc…) is far closer to being objective than the press in Thomas Jefferson’s day.  The members of the press in the early American republic were openly political and they made no bones about it.
Read Jeffrey Pasley’s excellent The Tyranny of the Printers: Newspaper Politics in the Early American Republic.  Here is the jacket summary:
Although frequently attacked for their partisanship and undue political influence, the American media of today are objective and relatively ineffectual compared to their counterparts of two hundred years ago. From the late eighteenth to the late nineteenth century, newspapers were the republic’s central political institutions, working components of the party system rather than commentators on it.
The lesson:  The press was actually MORE political in Jefferson’s age than it is today. Jefferson was often frustrated by it.  Yet he still found it indispensable to the success of the republic and was willing on more than one occasion to dogmatically defend it.