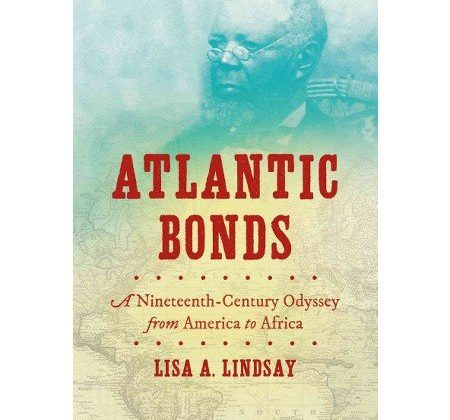 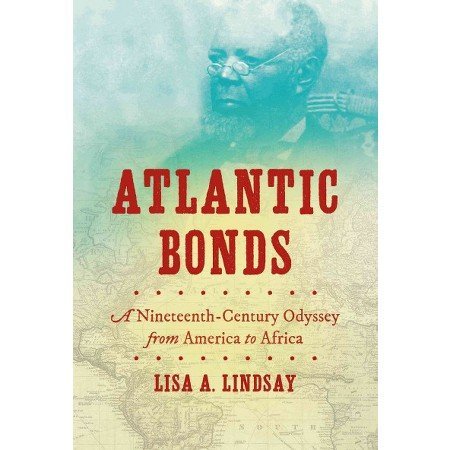 Lisa Lindsay is Bowman and Gordon Gray Distinguished Term Associate Professor at the University of North Carolina at Chapel Hill. This interview is based on her new book, Atlantic Bonds: A Nineteenth-Century Odyssey from America to Africa (The University of North Carolina Press, 2016).
JF: What led you to write Atlantic Bonds?
LL: In a biography of a women’s rights advocate in mid-20th century Nigeria, I read that her grandfather had come to Africa from South Carolina in the 1850s and stayed there for the rest of his life.  I was intrigued, because it seemed that this man, James Churchwill Vaughan, embodied connections between the American South and West Africa that we don’t often think about: the “return” migration of African Americans, the effect of the diaspora on Africa, and the similar but also contrasting histories of slavery and white supremacy in the antebellum south and colonial Africa.  So I began to try to find out about this fellow Vaughan.  Once I learned that he had emigrated to Liberia and then Nigeria, been captured in wars feeding the slave trade, led a revolt against white missionaries, and founded a prosperous family of activists who stayed in touch with their relatives in the United States, I was hooked.
JF: In 2 sentences, what is the argument Atlantic Bonds?
LL: James Churchwill (Church) Vaughan’s life story forms one thread in a larger fabric of interconnections during a transformative period in Atlantic history: when slavery was abolished in the United States and colonialism began in West Africa, and when black people in both places confronted challenges to their security and autonomy.  Following Vaughan’s journeys from South Carolina to Liberia to several parts of Yorubaland (Nigeria) enables a view of linkages across the nineteenth century Atlantic world as well as a comparison of related and similar phenomena in various settings.
JF: Why do we need to read Atlantic Bonds?
LL: The book brings together the histories of the United States, Africa, and the African diaspora–whose practitioners do not often engage substantially with each other’s scholarship–and of slavery and colonialism, which are generally studied separately.  This wide, comparative view yields two sets of revelations often missed by specialists who focus exclusively on one place.  First, it reminds us that American slavery was part of a connected, Atlantic world of bonded labor, one where slavery and freedom were not stark opposites but rather framed a continuum of dependency relations.  Second, the book probes the relationship between diasporic Africans and the politics of African colonialism, showing how consciousness of the diaspora informed opportunities and strategies in Africa.
JF: When and why did you decide to become an American historian?
LL: Actually, I’m an Africanist historian.  My first monograph was on colonial Nigeria.  But I have always been interested in the interplay between the local and the global in African history, and in comparative history.  As a graduate student at the University of Michigan I had the good fortune to work with Rebecca Scott, Tom Holt, and my adviser Fred Cooper, who were collaborating on a project about postemancipation societies.  So from early on I was intrigued by cross-regional comparisons, particularly as they relate to slavery and its aftermath.  At UNC-Chapel Hill, I’m in a department with a distinguished faculty in US, and particularly Southern, history.  And so when I became interested in the story of Church Vaughan, it gave me the chance to bring together the expertise I had already developed on Nigeria with new challenges and rewards in studying American history.
JF: What is your next project?
LL: I keep moving back in time and to larger geographic frames.  The next project will center on the history of women in the Atlantic slave trade, tracing such topics as the enslavement of women, women in the middle passage, and women in the antislavery movement over roughly the 16th to the 19th centuries.
JF: Thanks, Lisa!