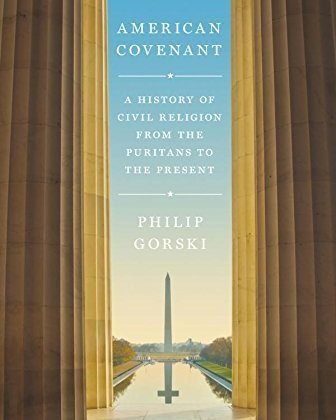 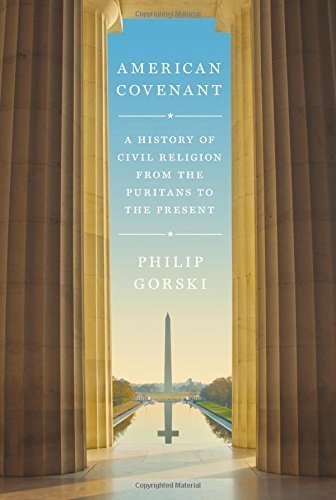 Philip Gorski is Professor of Sociology at Yale University. This interview is based on his new book, American Covenant: A History of Civil Religion from the Puritans to the Present (Princeton University Press, 2017).
JF: What led you to write American Covenant?
I began writing the book nine years ago, during the 2008 Obama campaign. My initial aim was to place Obama’s campaign rhetoric within the civil religious tradition originally identified by Robert Bellah a half century ago, in his 1967 Daedalus article. It then evolved into an attempt to recover that tradition and to distinguish it from its historic rivals: radical secularism and religious nationalism.
JF: In 2 sentences, what is the argument of American Covenant?
America’s civil religious tradition is a synthesis of prophetic religion and civic republicanism or “prophetic republicanism.” Although it has evolved and expanded as America has become diverse and powerful, prophetic republicanism has always been the vital center of our public life.
JF: Why do we need to read American Covenant?
The Trump Presidency represents a mortal threat to the vital center.  Only a broad alliance of committed democrats that cuts across the usual cultural and political divides will be strong enough to withstand his efforts to abolish the American Republic and replace it with an un-American regime of authoritarian populism. This book identifies the core values that are at stake in the present conflict and places the current struggle within a deeper context.  The analysis of religious nationalism also helps uncover the deeper roots of Trumpism and illuminates the puzzling appeal to a certain sort of Christian conservative. Likewise, the critique or radical secularism should remind secular progressives of the religious roots of many of their most deeply held values and commitments — and of the dangers of denying them.
Though the book was always intended as a public intervention aimed at a broader audience of educated Americans, it is also a work of serious scholarship that will, I hope, outlast the Trump regime, and appeal to academic specialists as well. As such it will appeal to American religious historians as a deep history of the modern culture wars; to political philosophers interested in the proper role of religion in public life, and to theological ethicists concerned with the role of civic engagement in religious communities.
JF: When and why did you decide to study American history/social history?
I was originally trained as an early modern Europeanist. I began studying the US in preparation for a comparative project on the divergent religious trajectories of the US and Western Europe since the late 19th Century.  I then got “sidetracked” by this project on civil religion.
JF: What is your next project?
I am currently working on the connection between religion and populism. Populism is usually thought of as a “secular” phenomenon, rooted in class conflict, cultural pluralism and party competition. While economic inequality, mass immigration and political gridlock are surely part of the explanation for the current populist resurgence, religious factors are also crucial.  This is true not only in notoriously religious countries such as India and the United States, but also in Eastern and Western Europe.
JF: Thanks, Philip!