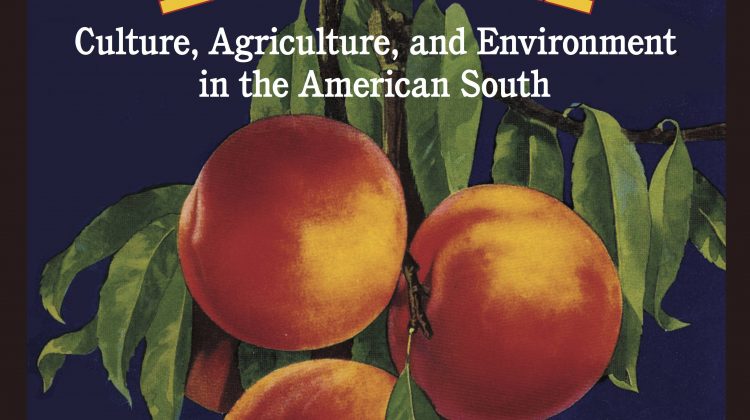 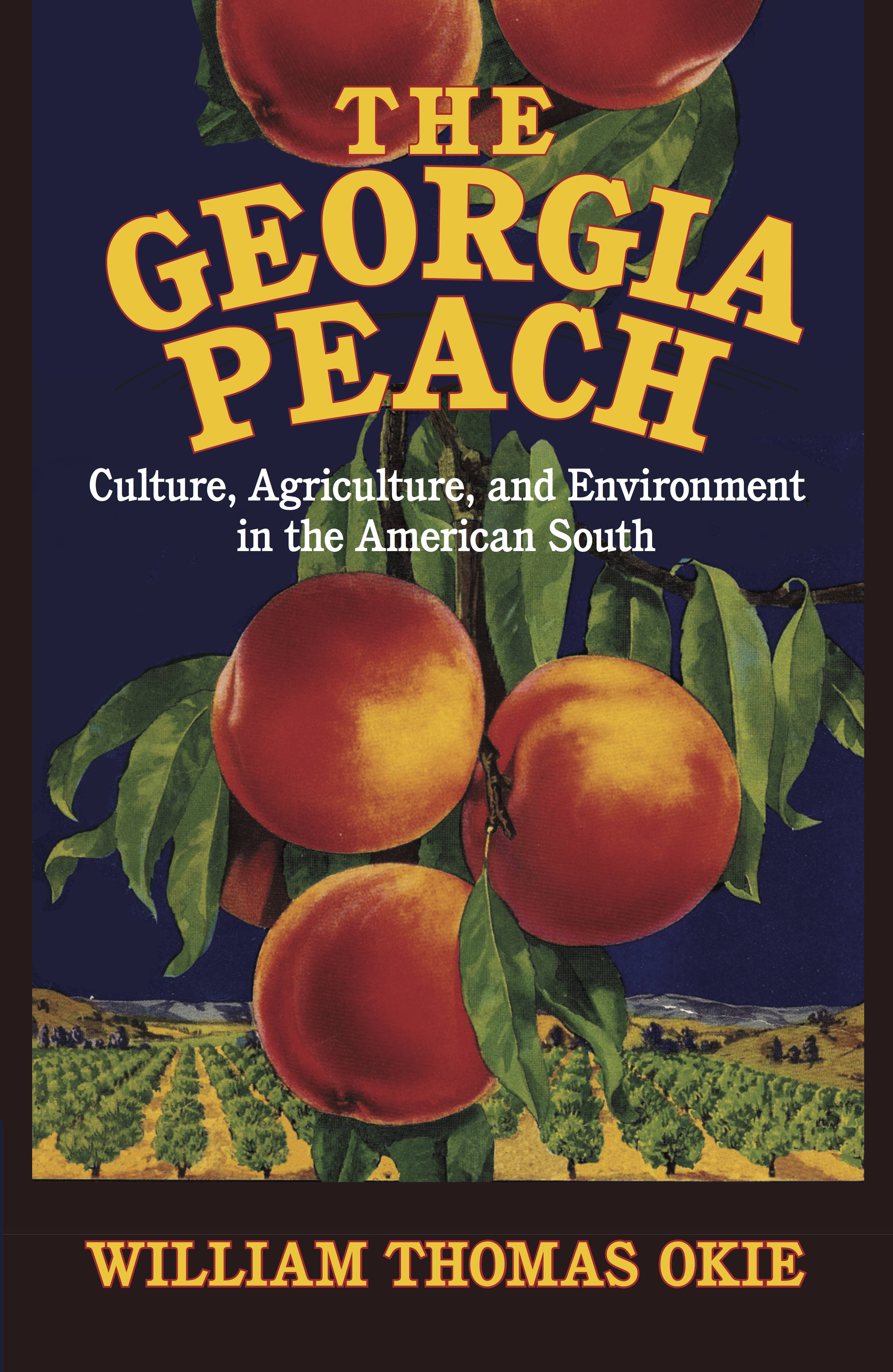 William Thomas Okie is Assistant Professor of History Education at Kennesaw State University. This interview is based on his new book, The Georgia Peach: Culture, Agriculture, and Environment in the American South (Cambridge University Press, 2016).
JF: What led you to write The Georgia Peach?
TO: I came to the project from two directions. As a scholar, I’m trained in environmental history, and so I’m fascinated with the ways we humans deal with the plants, animals, weather, and dirt we usually call “nature.” I started studying environmental history as the field was turning its attention to agriculture – arguably the most important site of human-nature interaction. When I got to graduate school, I found, to my surprise, that although we had books about oranges, rice, bananas, and tobacco (to name just a few), very little had been written about the peach, one of the South’s most visible agricultural symbols.
At the same time, the peach seemed like an obvious choice because of my childhood. Since I was very young, I’ve catalogued wildflowers, planted gardens, saved seeds, and experimented with asexual propagation. I grew up near the center of the Georgia peach industry, and my father was a stone fruit breeder (think peaches, plums, apricots) for the USDA experiment station in Byron, Georgia. I guess you could say – and I apologize in advance for this – that the peach didn’t fall far from the tree.
JF: In 2 sentences, what is the argument of The Georgia Peach?
TO: The Georgia Peach is famous because peaches emerged as a cash crop at a critical juncture for the South around the turn of the century, when evidence was mounting that the South was socially, environmentally, and culturally ugly. That historical phenomenon created the myth of the Georgia peach, which helps to explain the crop’s staying power as a cultural icon well into the twenty-first century – which in turn suggests that we routinely underestimate the power and the historical dimensions of beauty.
JF: Why do we need to read The Georgia Peach?
TO: I’ll give you two reasons. First, If you’ve ever wondered about the peachoid on I–85 (or its competitors on I–59 and I–75), or “The Peach State” moniker – especially if you’ve learned that California and South Carolina produce many more peaches than Georgia – then read this book to understand how Georgia became the peach state in the first place. Second, although it’s easy for the prosperous to forget in the midst of today’s “permanent global summertime” agriculture matters. The Georgia Peach examines the interplay of the biological and cultural features of a particular crop (especially the fruit’s perishability and popularity) with the economic and social features of a particular place (especially the cotton economy and the impoverished labor force on which that economy depended).
JF: When and why did you decide to become an American historian?
TO: I’ve always loved plants and animals; I’ve also always loved stories. As an undergraduate at Covenant College, I had the surprising privilege (the department had only three historians!) of taking Paul Morton’s American Environmental History course, which taught me that I could marry those two great loves in a field that told stories about nature. After graduating with a history degree, working as an administrative assistant, living in Honduras, and teaching middle school social studies, I decided to try studying further. American environmental history seemed like a natural fit, but it was also a practical choice: my first child was born just a few months before I started graduate study, and I knew that American archives would be easier to access.
JF: What is your next project?
TO: Right now I’m writing a piece about nineteenth-century horticulturists (fruit breeders, landscape designers, kitchen gardeners) as environmental thinkers and actors, which will hopefully give me a chance to work out some of the themes I could only touch on in The Georgia Peach. In the longer term, I’m working on an environmental history of Christian relief and development, in which I’ll examine the role of American non-governmental organizations and missionaries in imagining and reshaping the environments.
JF: Thanks, Tom!