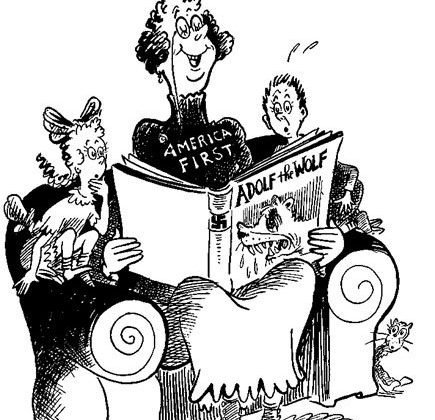 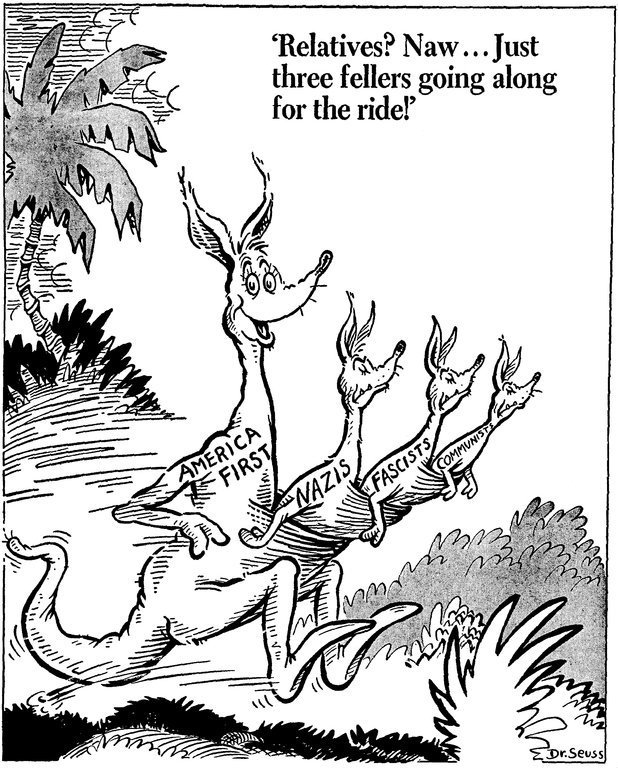 Pundits are calling Donald Trump’s inaugural address the “America First Speech.”  Thanks to the work of historians, many Americans are now aware of the history behind this phrase.  But just in case you have not had a chance to get caught up on the meaning of “America First,” I want to call your attention to Krishnadev Calamur’s recent piece at The Atlantic.
Here is a taste:
The phrase in itself might provide comfort for those of Trump’s supporters who have long railed against what they see as lawmakers in Washington catering to special interests, corporations, and other countries at the expense of, in their view, the American worker. But the phrase “America first” also has a darker recent history and, as my colleague David Graham pointed out Friday, was associated with opponents of the U.S. entering World War II.
The America First Committee (AFC), which was founded in 1940, opposed any U.S. involvement in World War II, and was harshly critical of the Roosevelt administration, which it accused of pressing the U.S. toward war. At its peak, it had 800,000 members across the country, included socialists, conservatives, and some of the most prominent Americans from some of the most prominent families. There was future President Ford; Sargent Shriver, who’d go on to lead the Peace Corps; and Potter Stewart, the future U.S. Supreme Court justice. It was funded by the families who owned Sears-Roebuck and the Chicago Tribune,but also counted among its ranks prominent anti-Semites of the day.
“It had to remove from its executive committee not only the notoriously anti-Semitic Henry Ford but also Avery Brundage, the former chairman of the U.S. Olympic Committee who had prevented two Jewish runners from the American track team in Berlin in 1936 from running in the finals of the 4×100 relay,” Susan Dunn, the historian, wrote on CNN last April.
But charges of anti-Semitism persisted, and were compounded with perhaps one of the most infamous speeches given by one of AFC’s most famous spokesmen, Charles Lindbergh. In a speech in Des Moines, Iowa, on September 11, 1941, Lindbergh expressed sympathy for the persecution Jews faced in Germany, but suggested Jews were advocating the U.S. to enter a war that was not in the national interest.
Read the entire piece here.
It is also worth noting that the cartoonist Theodore Geisel, aka “Dr. Seuss,” published several cartoons critical of “America First” in the pages of the left-leaning, interventionist New York newspaper PM.
Here are a few of those cartoons: 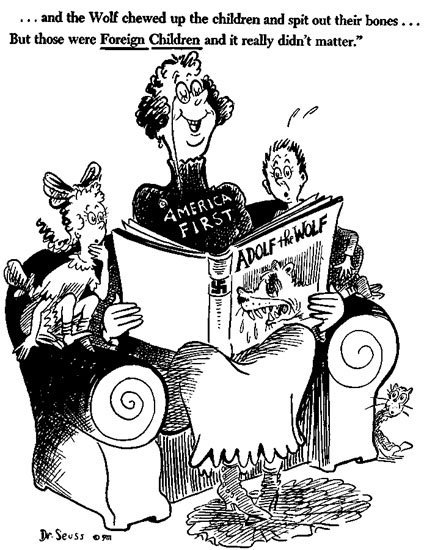 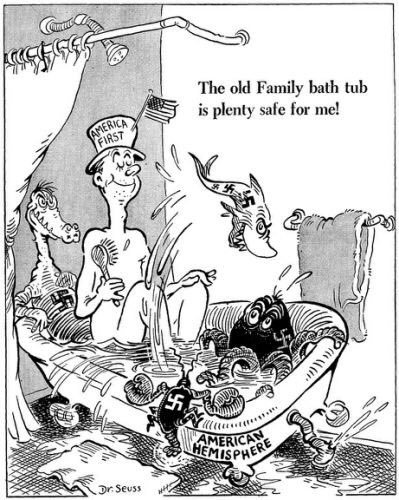 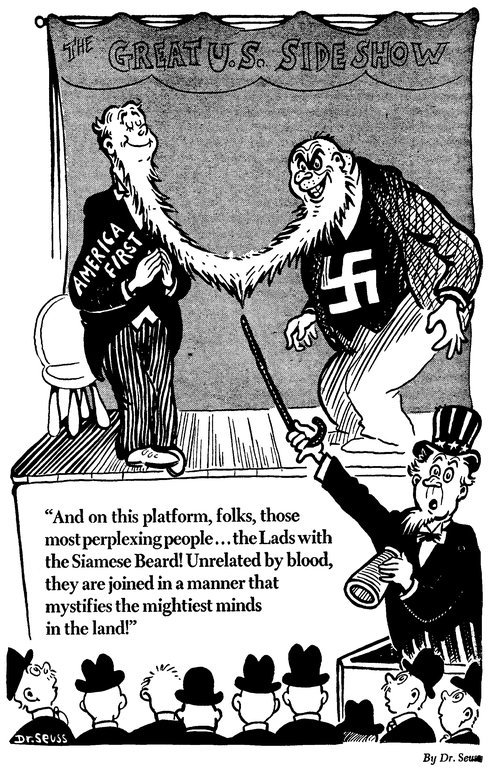 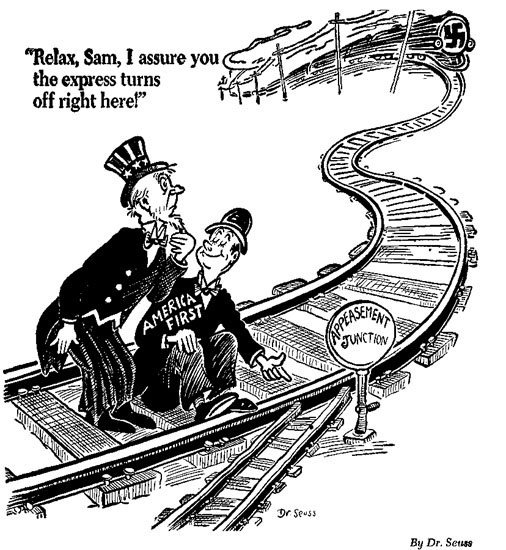