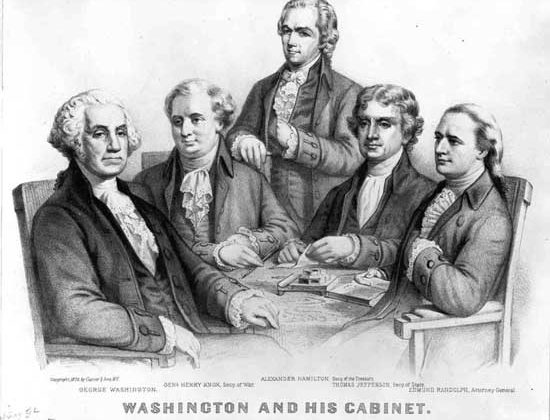 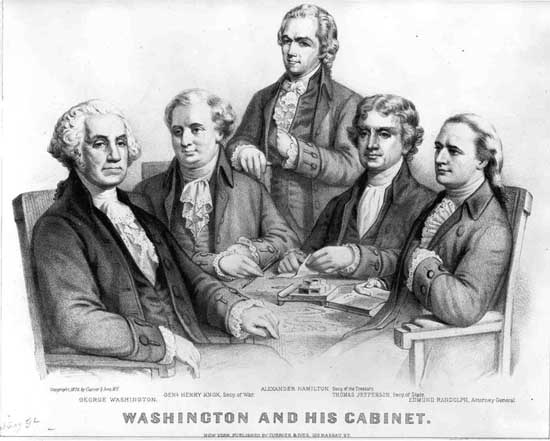 On two different occasions today Donald Trump said that he has the smartest cabinet (in terms of IQ) of “any cabinet ever assembled.”  Of course there is no way to prove this.  But “ever assembled” is a historical statement.  So let’s compare Trump’s nominees (none of them, I might add, have been confirmed yet) with two other presidential cabinets:
President George Washington had  John Adams, Thomas Jefferson, Alexander Hamilton, Edmund Randolph, and Henry Knox in his cabinet.
President Abraham Lincoln had the so called “Team of Rivals”: Salmon Chase, William Seward, Simon Cameron, and Edwin Stanton.
Of course we could name other cabinets as well, but I imagine that the names will be less familiar to our readers.
I’ll let you decide if Trump’s statement about his cabinet is correct.
To give Trump the benefit of the doubt, I think he made his comments about the cabinet in jest. Having said that, Trump’s statement that he has assembled one of the greatest cabinets in American history reminds me of what Washington Post columnist Michael Gerson said in a recent column: “Trump seems to have no feel for, no interest in, the American story he is about to enter.”