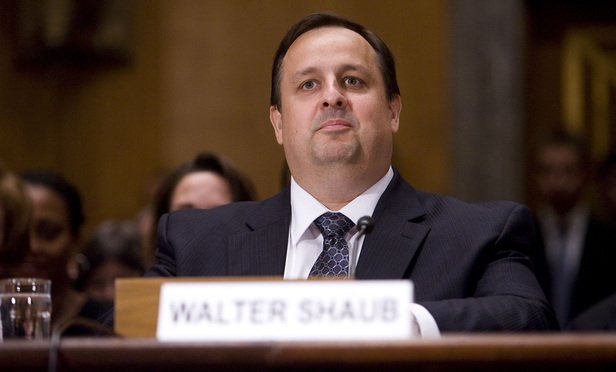 Who?
Walter Shaub Jr. is the Director of the United States Office of Government Ethics (OGE). He graduated from James Madison University with a History degree and has a J.D. from American University’s Washington College of Law. Barack Obama appointed Shaub to a five-year term as Director of the OGE.  His term ends in 2018.
Some of you may not be familiar with the OGE.  You can learn more about it here. In essence, the OGE is an independent and non-partisan agency that functions within the executive branch of the federal government.  Its mission is to “provide overall leadership and oversight of the executive branch ethics program designed to prevent and resolve conflicts of interest.”
Shaub and his team usually work behind the scenes to help a new president avoid conflicts of interest and conform to ethical standards, but Donald Trump’s recent press conference has prompted him to go public.  Ryan Lizza of The New Yorker has done some excellent reporting and writing on this.  Here is a taste of his recent piece:

The day after the election, Shaub e-mailed several Trump officials based in Washington. “Congratulations on the campaign’s victory,” he wrote, according to e-mails released by the O.G.E. “We’re really looking forward to getting down to work on this Presidential transition—which we’re going to make the best one in history!” He reminded Trump officials that they could call him or other members of his office at any hour—“around the clock”—even on Christmas.

The good cheer didn’t last. A couple of weeks later, during a time of turmoil in the Trump transition, when people associated with New Jersey Governor Chris Christie were purged from the Washington team, Shaub wrote a despondent e-mail to one transition official. “I’m just dropping another quick note to remind you that OGE is here to help,” he said on November 19th. “We seem to have lost contact with the Trump-Pence transition since the election….”

…When Trump and his tax lawyer—not an ethics lawyer—finally announced his plan, at a press conference in Trump Tower on Wednesday, Shaub was appalled. As many, including my colleague Sheelah Kolhatkar, have carefully documented, the Trump plan is a sham. Trump did not divest his assets the way his nominees have; he did not give up ownership of his companies, or appoint anyone with independence to oversee ethical questions. He has not taken serious steps to address concerns about violating the Emoluments Clause, and he and his team offered no details about public reporting of the minimal effort he has promised to make to address conflicts.

At the Brookings Institution that afternoon, Shaub pleaded with Trump to change his mind. “It’s important to understand that the President is now entering the world of public service,” he said. “He’s going to be asking his own appointees to make sacrifices. He’s going to be asking our men and women in uniform to risk their lives in conflicts around the world. So, no, I don’t think divestiture is too high a price to pay to be the President of the United States of America.”

Trump’s impulse is to cavalierly disregard ethical and democratic norms that he views as inconvenient. Going forward, government officials like Shaub, who risked a great deal by standing up to his incoming boss, will be more necessary than ever.

And now Jason Chaffetz, the Republican chairman of the House Oversight and Government Reform Committee, has accused Shaub of mixing ethics and politics.

As Donald Trump said over and over again in his Wednesday press conference, he is not legally bound to divest his assets.  In fact, he even claimed that he could run the government and his business “and do a very good job.”  He bragged about turning down a 2 billion deal from a real estate developer in Dubai because he thought service to his country as POTUS was more important.  (I wonder if his sons will now pursue that deal in Dubai?).

But Trump’s false sense of public duty is not fooling anyone.  I find it hard to believe that Trump will not, in one or another, play some role in his business during his term as POTUS.  It is inevitable that at some point in the next four years Trump will be forced to choose between the good of his sons and the good of the country.  Divestiture seems to be the only option.  Anything else reeks of pure self-interest, the kind of self-interest that should disqualify any leader of a republic.

The good news is that Trump will appoint the right Supreme Court justices. 😉