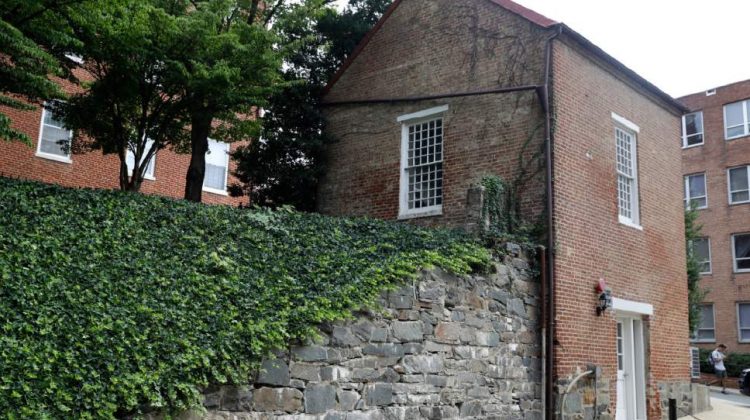 According to a recent report published by Georgetown University, the Jesuit school’s “origins and growth, and successes and failures, can be linked to America’s slave-holding economy and culture.”  The Jesuits who founded the college owned and operated plantations in Maryland run with slave labor. In 1838 the college sold 272 slaves to a cotton plantation in Louisiana with the proceeds going to help remedy the school’s “mounting debt.” Further research uncovered that slaves worked on campus in the decades prior to the Civil War.
According to this article in the Chronicle of Higher Education, Georgetown will:

Here is a taste of the piece:
The university’s reparations may also be fueled by its Jesuit identity, Mr. Wilder said. Georgetown’s history with slavery, he added, “couldn’t be addressed simply as an intellectual problem.”
Last year Georgetown’s president, John J. DeGioia, charged a campus Working Group on Slavery, Memory, and Reconciliation with determining how the university could best approach and make amends for its ties to slavery. Scholars set out to find families of slave descendants,now spread out across the nation.
The university’s actions raise the bar for other institutions dealing with similar challenges, even though many colleges aren’t in a position to make such specific and seamless changes, said Kirt von Daacke, an associate professor of history at the University of Virginia.
Virginia has a similar commission to confront its ties to slavery, but UVa was not in the business of owning slaves, Mr. von Daacke said. Instead, it rented or borrowed slaves from community members to help maintain, build, and run the university, and names and records of those individuals are sparse.
In most cases, it’s nearly impossible to track hired help to owners, forcing the university to rely on familial knowledge, he said. It’s tough for scholars to track down those people, as the university hasn’t always had a great relationship with its community.
“Some portions of the community here refer to the university as a big plantation,” Mr. von Daacke said. Now he and other scholars are trying to change that.
Read the entire piece here.