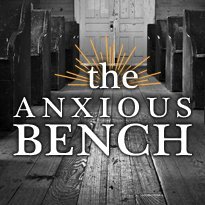 Over at The Anxious Bench, Chris Gehrz responds to Jason Steinhauer‘s recent piece for Inside Higher Ed about how history can contribute to public life.
Here is a taste of Gehrz’s piece:
I’m glad that more and more of us seem to take an interest in helping the public to think historically about the past. (All the more so when one alternative is a politician encouraging frightened voters to think nostalgically about the past.) This is no accident: in many corners of the guild, we’ve received encouragement to move out of our comfort zones and use new and old media to communicate with wider audiences.
Indeed, Steinhauer has elsewhere urged at least some historians to take on the role of “history communicators” and

advocate for policy decisions informed by historical research; step beyond the walls of universities and institutions and participate in public debates; author opinion pieces; engage in conversation with policymakers and the public; and work diligently to communicate history in a populist tone that has mass appeal across print, video, and audio. Most important, History Communicators will stand up for history against simplification, misinformation, or attack and explain basic historical concepts that we in the profession take for granted.

Indeed, blogs like The Anxious Bench have sprung up in large part because more and more historians want to “communicate history in a populist tone that has mass appeal….” As many of us continue to wrestle with Alan Jacobs’ widely-discussed Harper’s essay, “The Watchmen,” I’d point to AB colleagues like Philip Jenkins, Tommy Kidd, and John Fea as sustaining a (vanishing?) tradition of “serious Christian intellectuals who occupied a prominent place on the national stage.”
At the same time, I also think it’s important that historians and other Christian intellectuals continue to take up what Tracy McKenzie has called our “vocation to the church.” In my Trump post, I quoted John Hope Franklin’s famous claim that historians can serve as “the conscience of his nation, if honesty and consistency are factors that nurture the conscience.” By the same token, I think Christian historians might sometimes serve as the “conscience of the church,” helping fellow believers to confess and learn from those moments when we fall short of our calling as the Body of Christ. For example, Justin Taylor has been doing a nice job of this at the new Gospel Coalition history blog he shares with Kidd, writing multiple posts on racism and segregation in the history of evangelicalism and fundamentalism.
A lot of good stuff here.  Read the entire piece.
And Gerhz is right when he says that some of us “continue to wrestle” with Alan Jacobs’s Harper‘s essay “The Watchmen.”  I hope to get some posts up on the Jacobs piece soon.  Stay tuned.